The good news, is that I am now a 70.3 World Championship finisher.   A year ago, I never would have imagined this could happen THIS year.  I definitely far exceeded my lofty goals that were set at the start of 2014…hence 3 trips to Canada, haha. 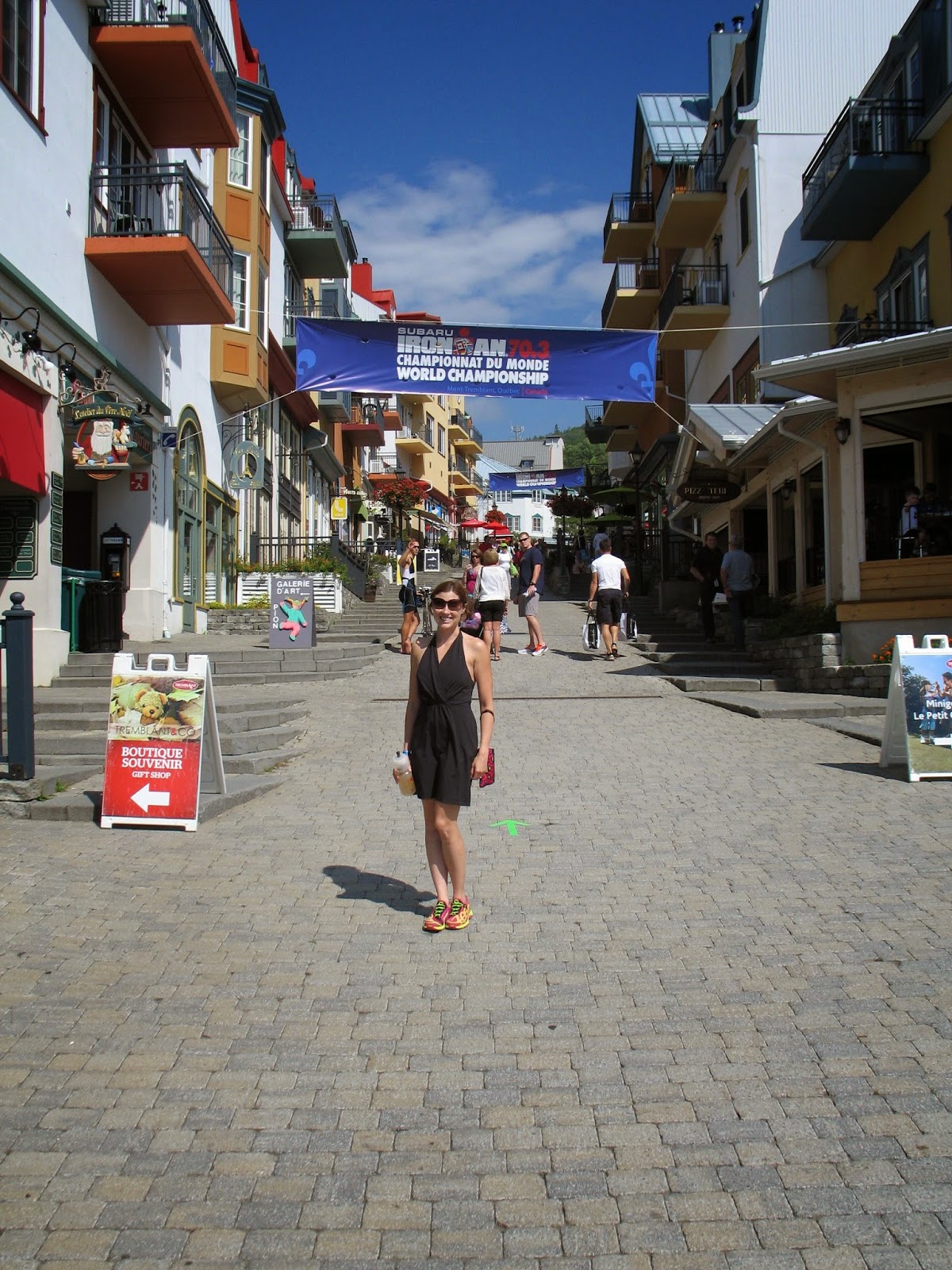 This is the first year the World Championship was held outside of the USA and Mont Tremblant pulled out all the stops with the most impressive race weekend experience I’ve ever seen.  Every little detail had been fine tuned from the previous races.  The athlete banquet had delicious food, amazing performers, inspiring speakers, stunning fireworks display and a beautiful sense of excitement building.  I loved running into my “internet friends”…ie the triathlon family I’ve discovered through our bonds meeting at races and connecting in social media.

I was also able to connect with some of my Coeur Sports team mates who had also qualified for Worlds.

RACE DAY:  It was chilly race morning but Nick and I had already experienced this venue twice so we had our timing and routine down pat. 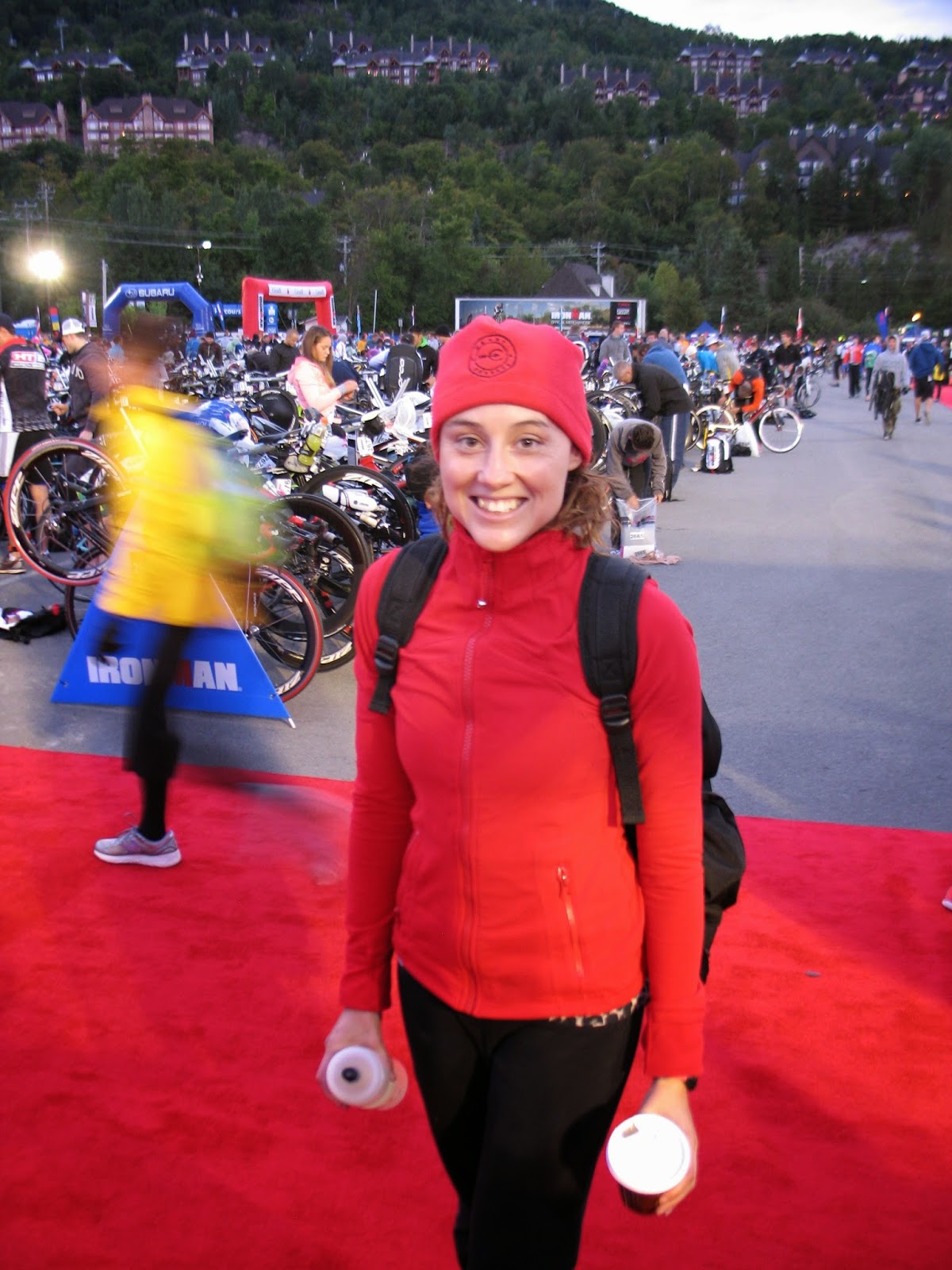 For me, race day was tough and I was pretty much in an state of emotional shock unfortunately.  I’ll take the race however as a success for having the experience to be at this race as it was an amazing opportunity.  I take pride in the fact that I had a lot working against me, but was able to finish the event becoming a 70.3 World Championship Finisher.  On a day like this, I am grateful to my amazing husband & family for being there for me and the incredible sportsmanship of the other competitors where I found an encouraging, loving community right in the thick of the race course on a day I was struggling.  I was able to push through physical fatigue and emotional confusion & pain to cross that line.

The SWIM: They made a grande and exciting spectacle of the swim start! 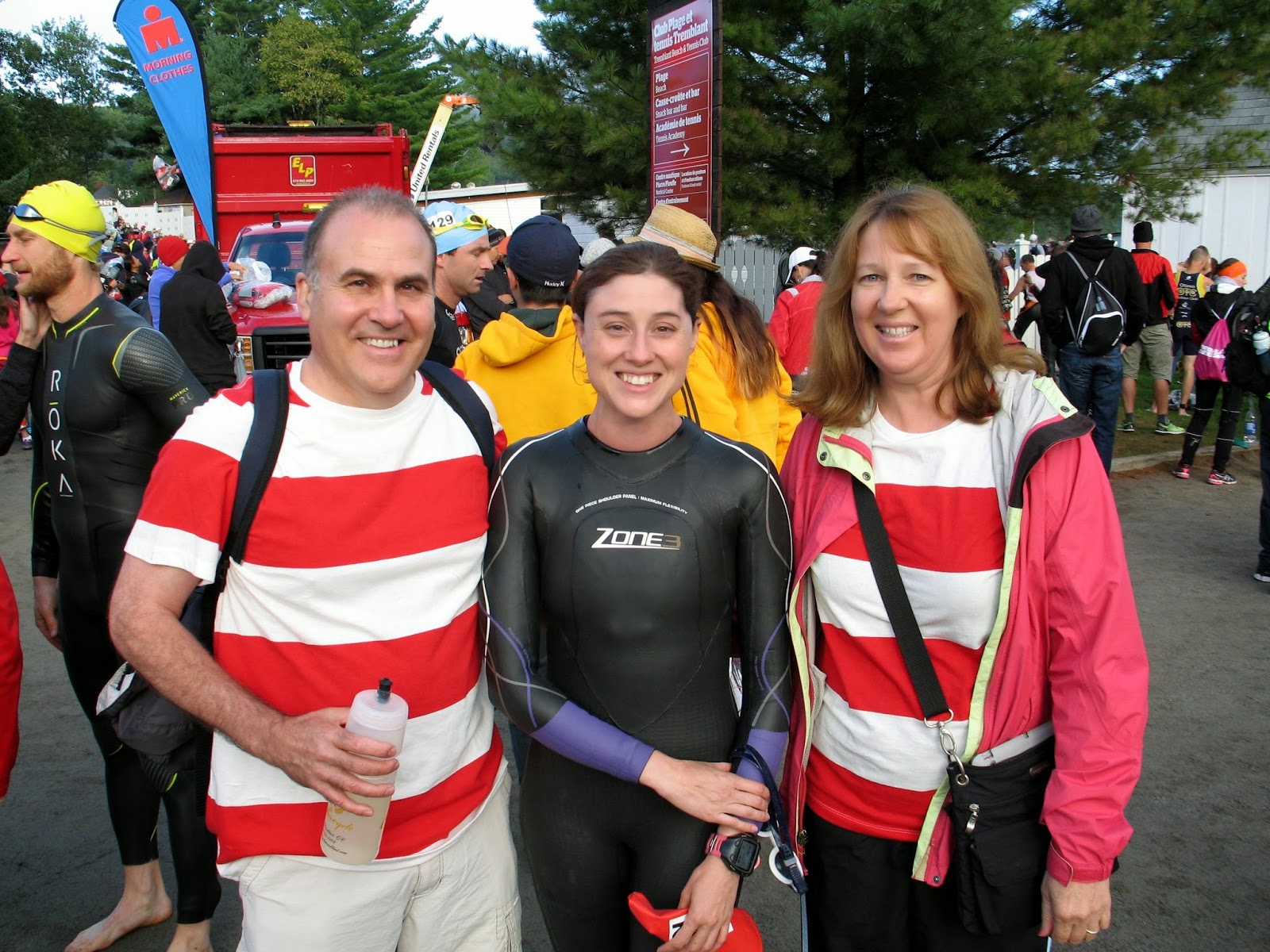 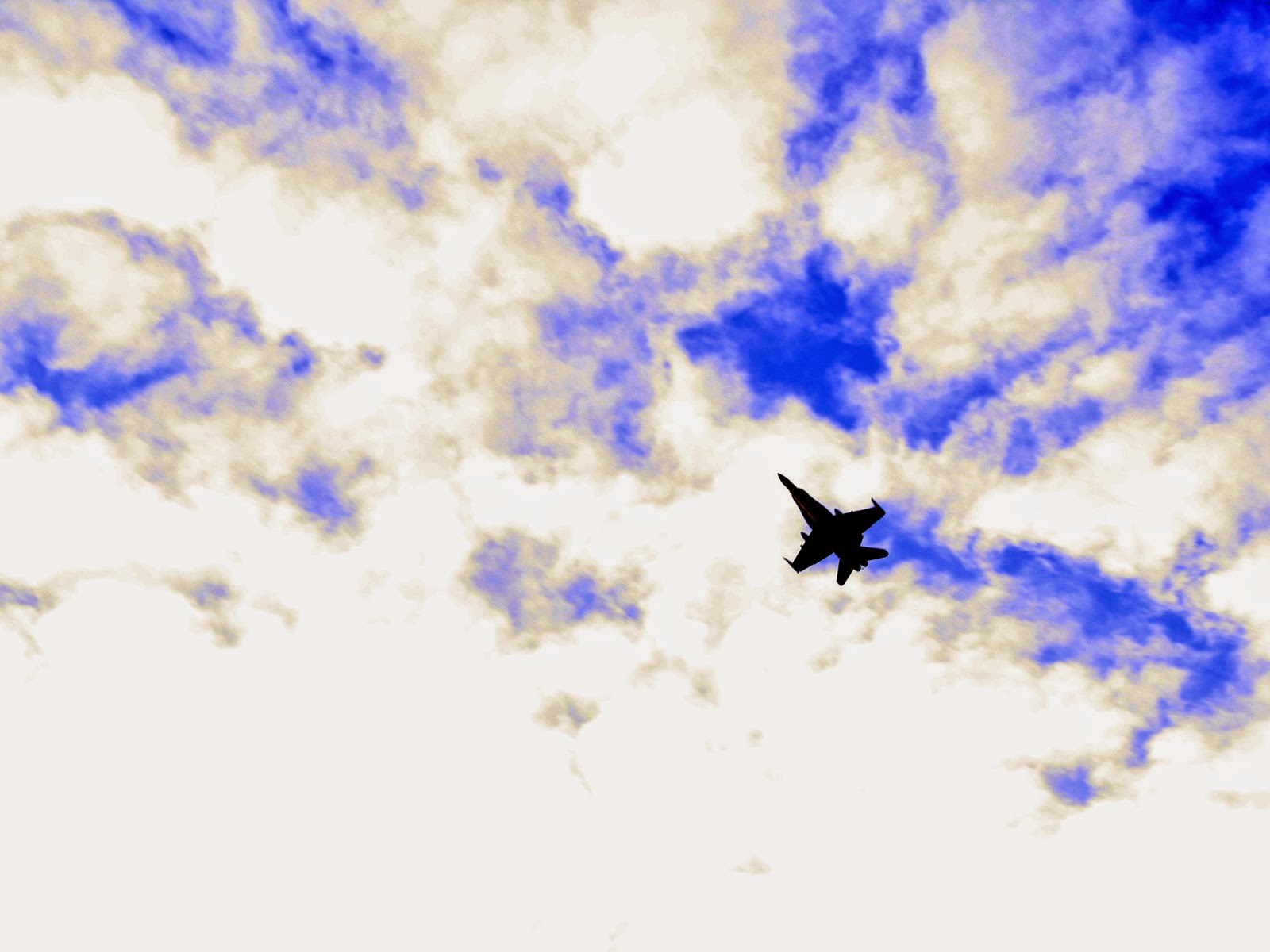 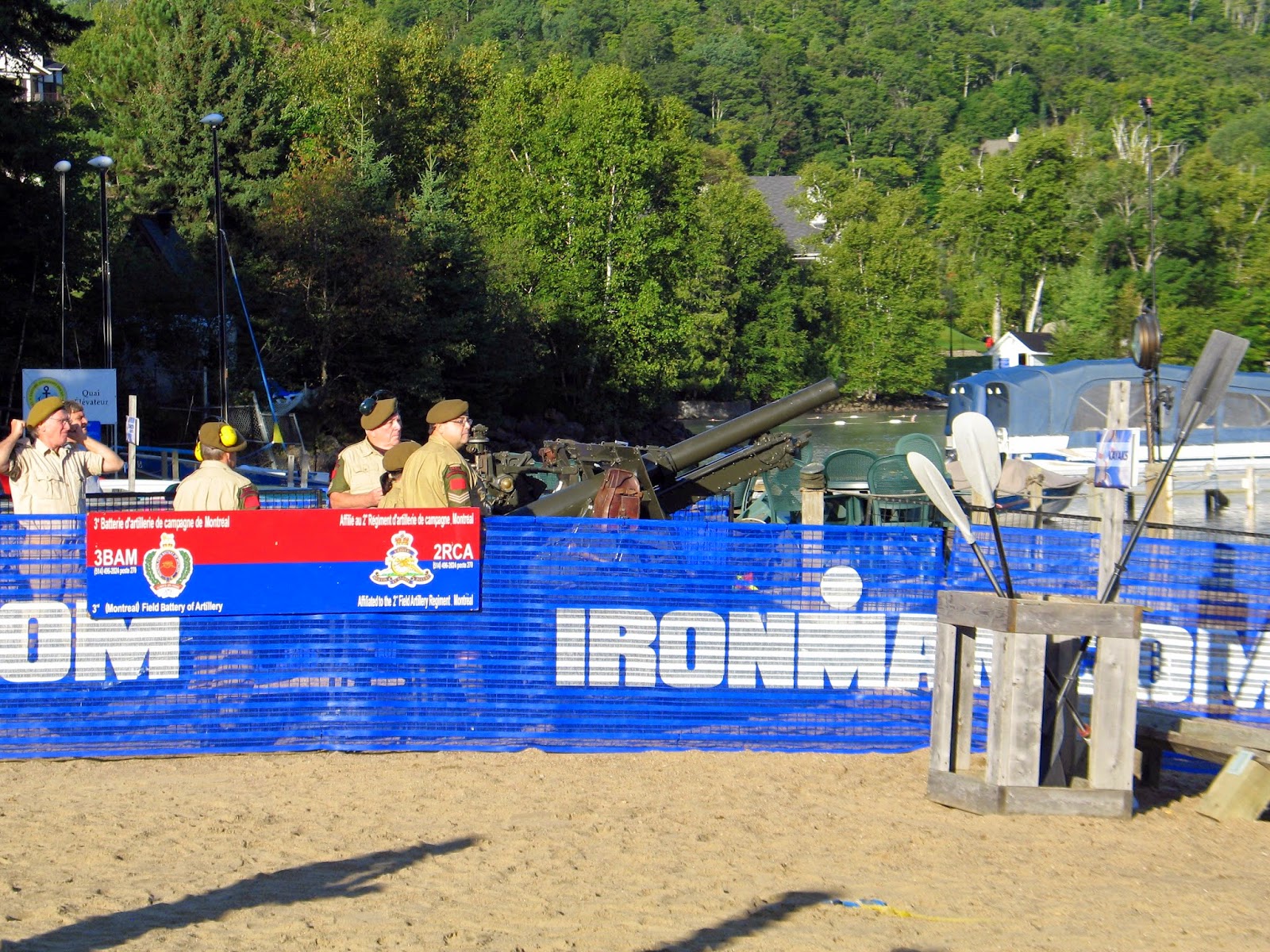 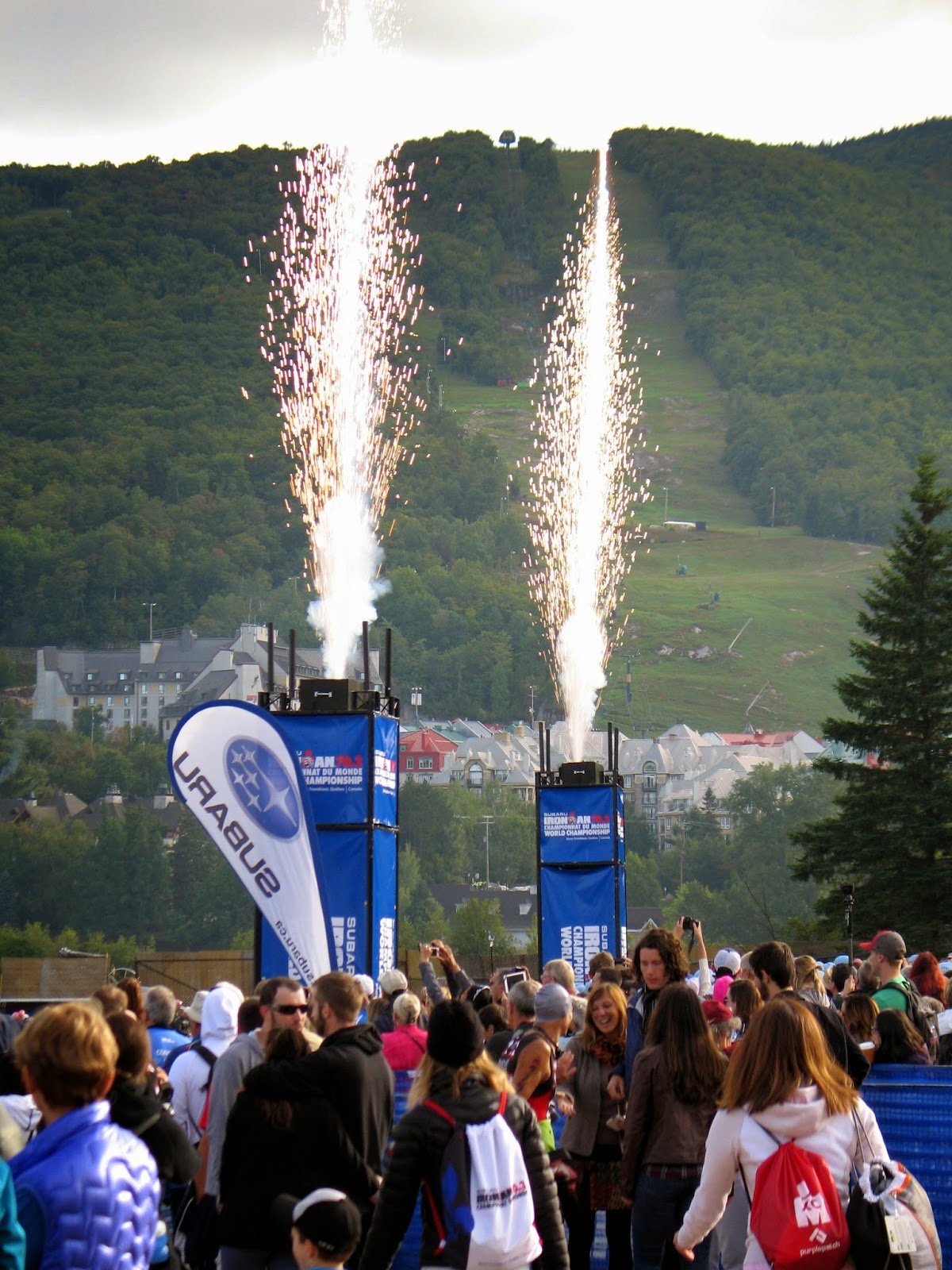 I was in a bit of a mental fog trying to push the conversation I’d had the day before out of my mind…especially one really bad sentence that just stuck.  I just couldn’t shake it.  I almost missed my swim wave.  Luckily, another athlete pointed out and I ran to the water having to start in the back.  That didn’t matter though as my swim was a half iron PR.  There were other women really pushing me to work hard and I was soley in the moment and focused on swimming, thinking only of each stroke and my technique.
Running from the water to the T1 tent was very different than ironman because everyone was running. People were passing me.  It was really fun! 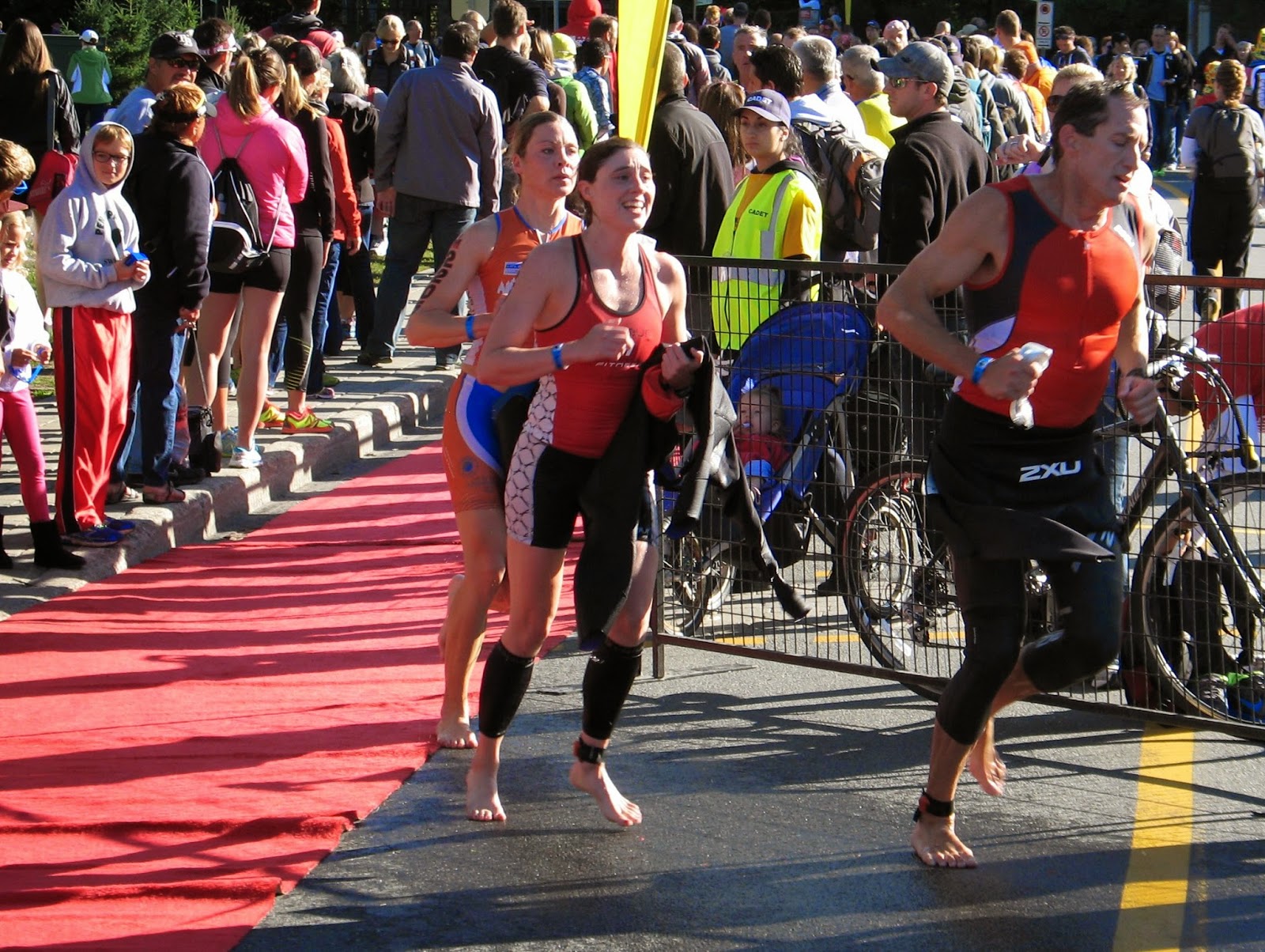 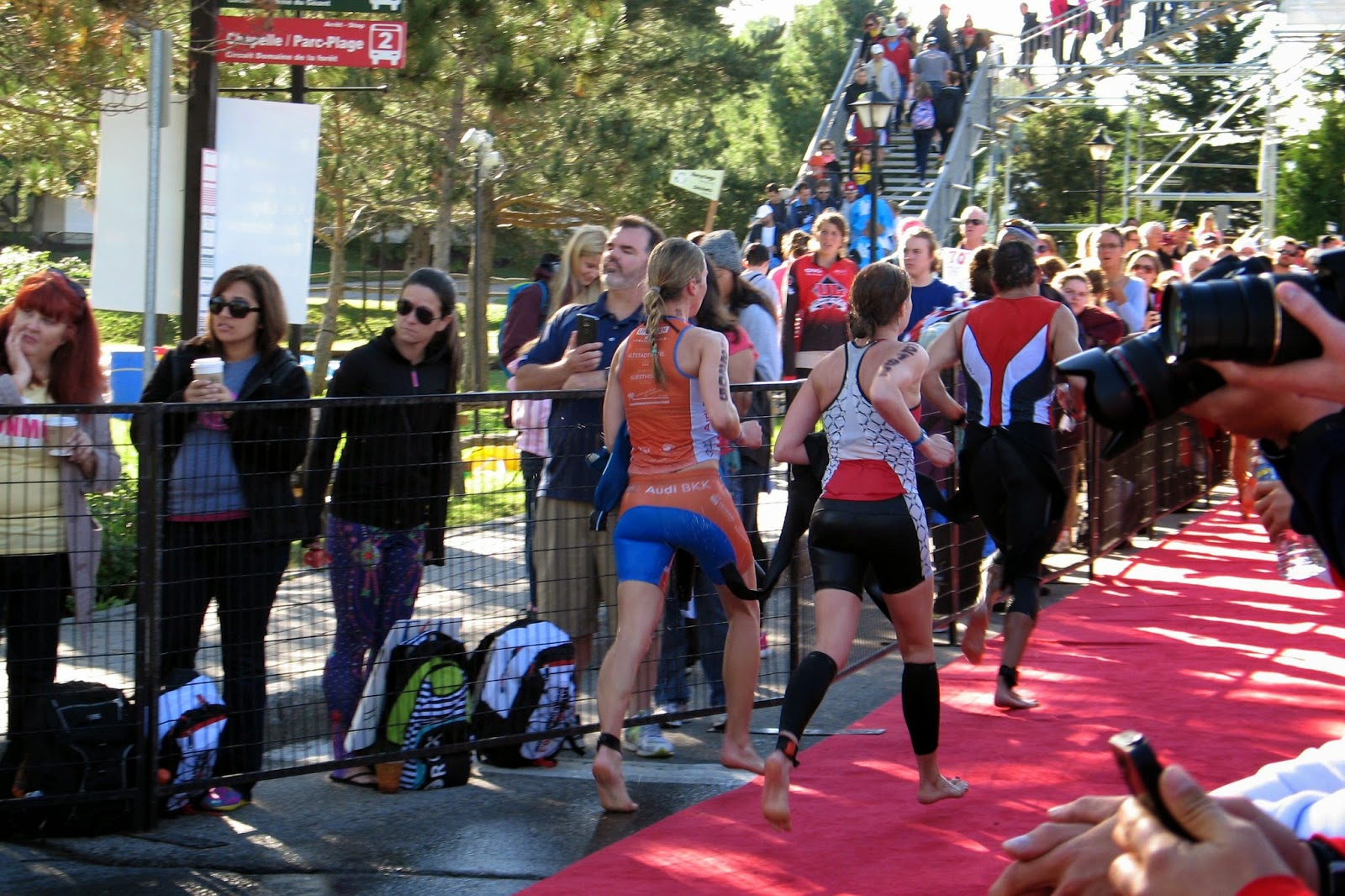 Bike:  My mind just wasn’t there and neither were my legs.  It was a really beautiful day and perfect conditions but I wasn’t in the game, unfortunately.  I did however manage to smile when I saw my family.  Check out the beautiful climbs! 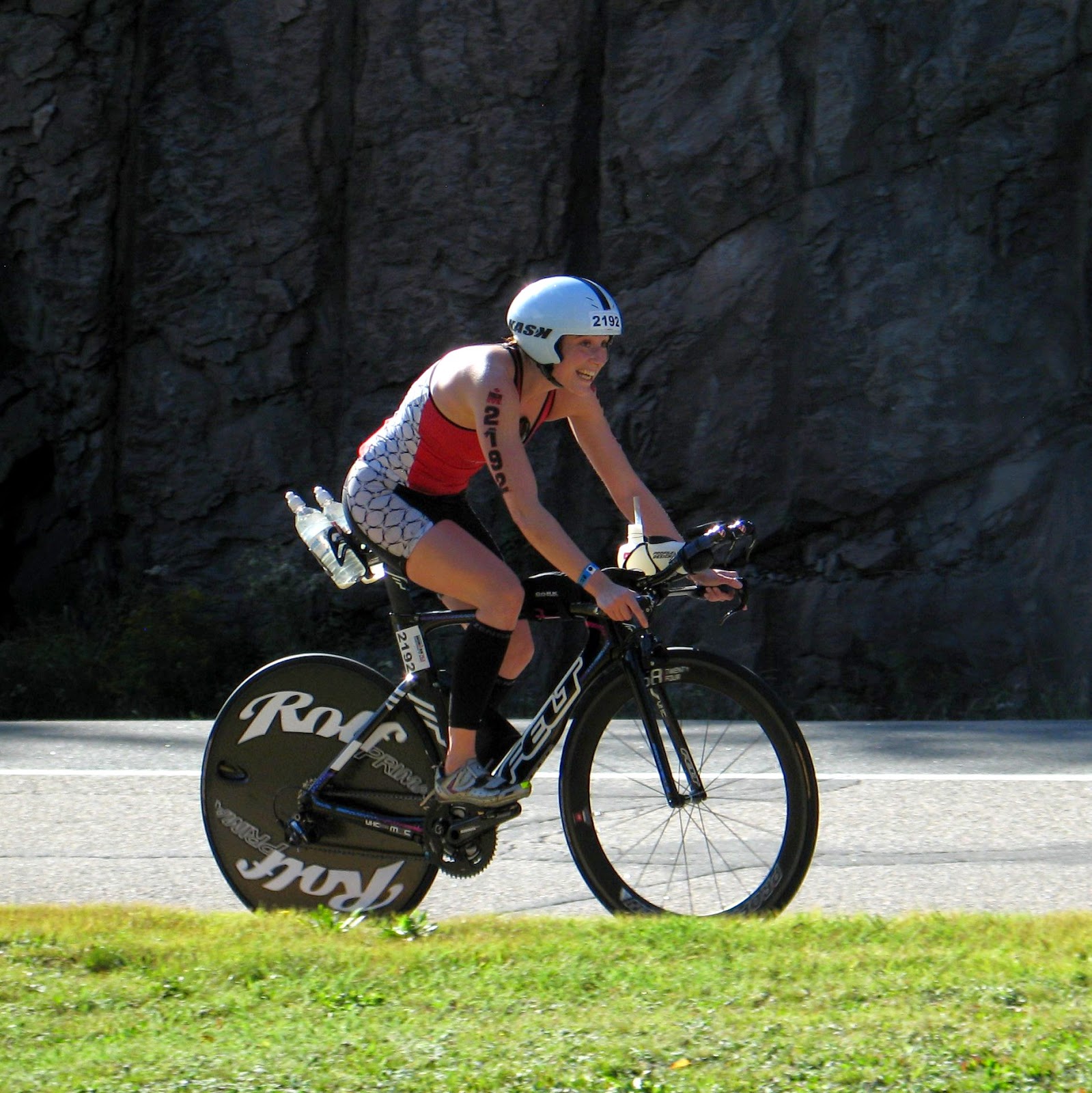 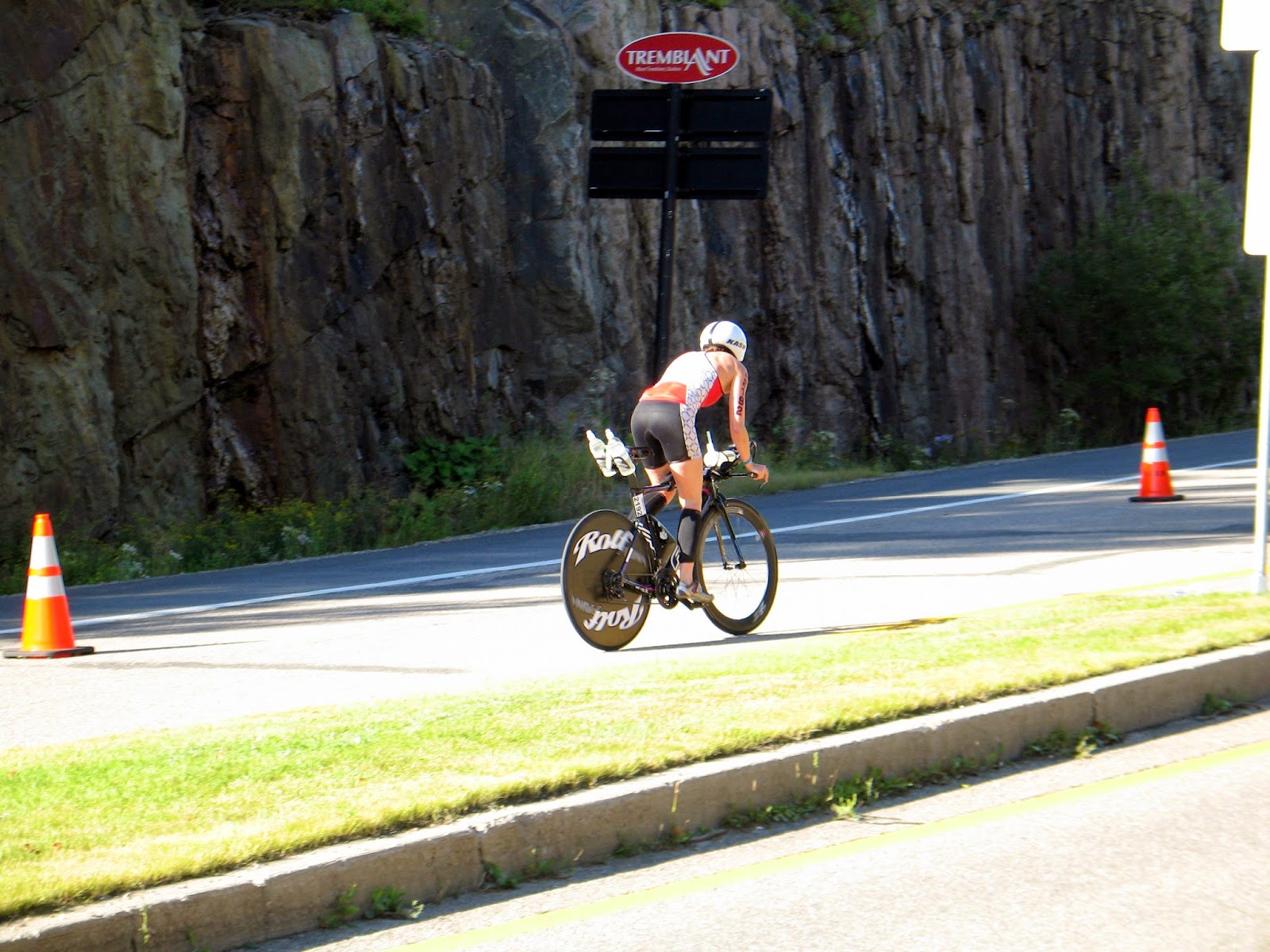 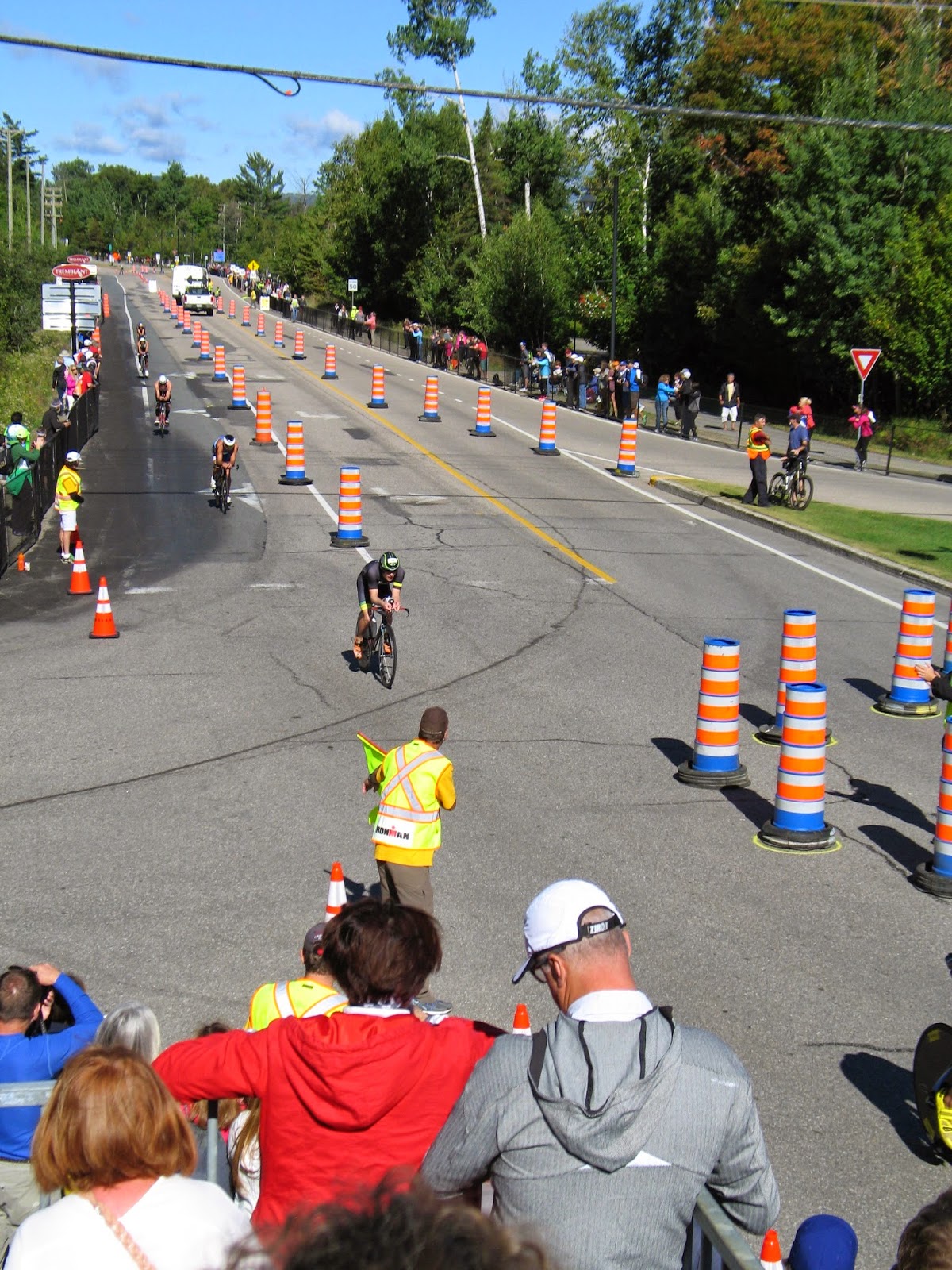 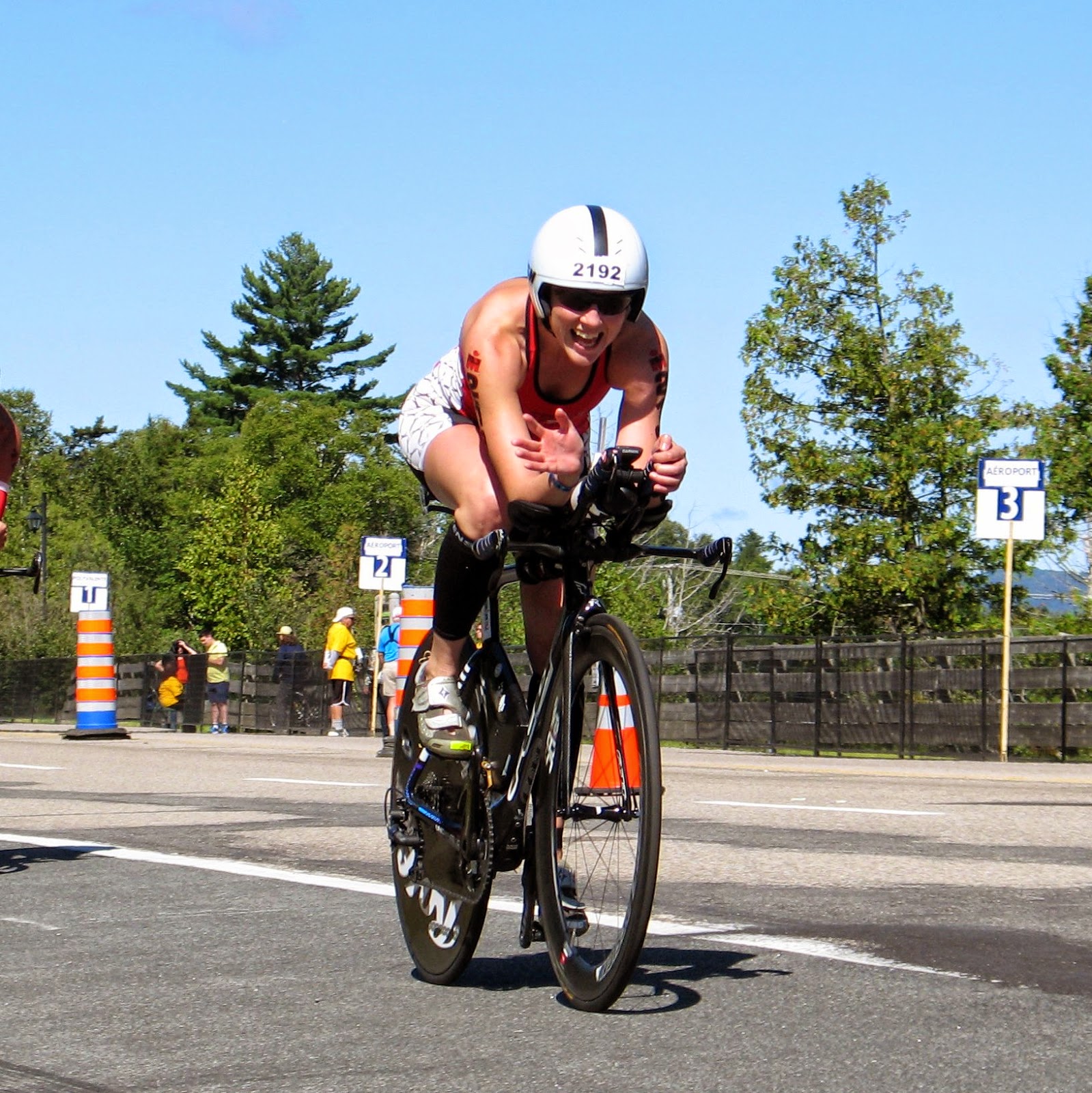 The  run was hard for me too.  My foot was bothering me and when I tried to dig deep to push past it, I really came up finding sadness inside and an empty mental toughness well.   However, other athletes truly were world class in every way possible and made my day.  When I hit rock bottom and found myself in an emotional meltdown sitting on the curb in tears in the run with that awful conversation from the day before just replaying in my mind (not cool, I know!),  I had athletes from all over the world shouting encouragement in all kinds of languages, pulling me back up to my feet and my typical ‘fighter” self.  No matter how hard we compete against one another we’ve all “been there” and we truly are a triathlon community and family.  When we see one of our own, fighting that hard battle we can relate.   I’ve given encouraging pats on the back or shouted something nice or even run alongside other competitors working together when things seemed rough.  This time, I was on the receiving end of the amazing power of race day goodwill, many times over from volunteers, spectators and especially the other competitors from all across the globe.  The unity and heart of the athletes racing is part of what I love about triathlon.  I also loved the fact that they changed the course from IMMT and had us run straight UP the long steep pedestrian village hill…twice.  I liked that part of the race the best. 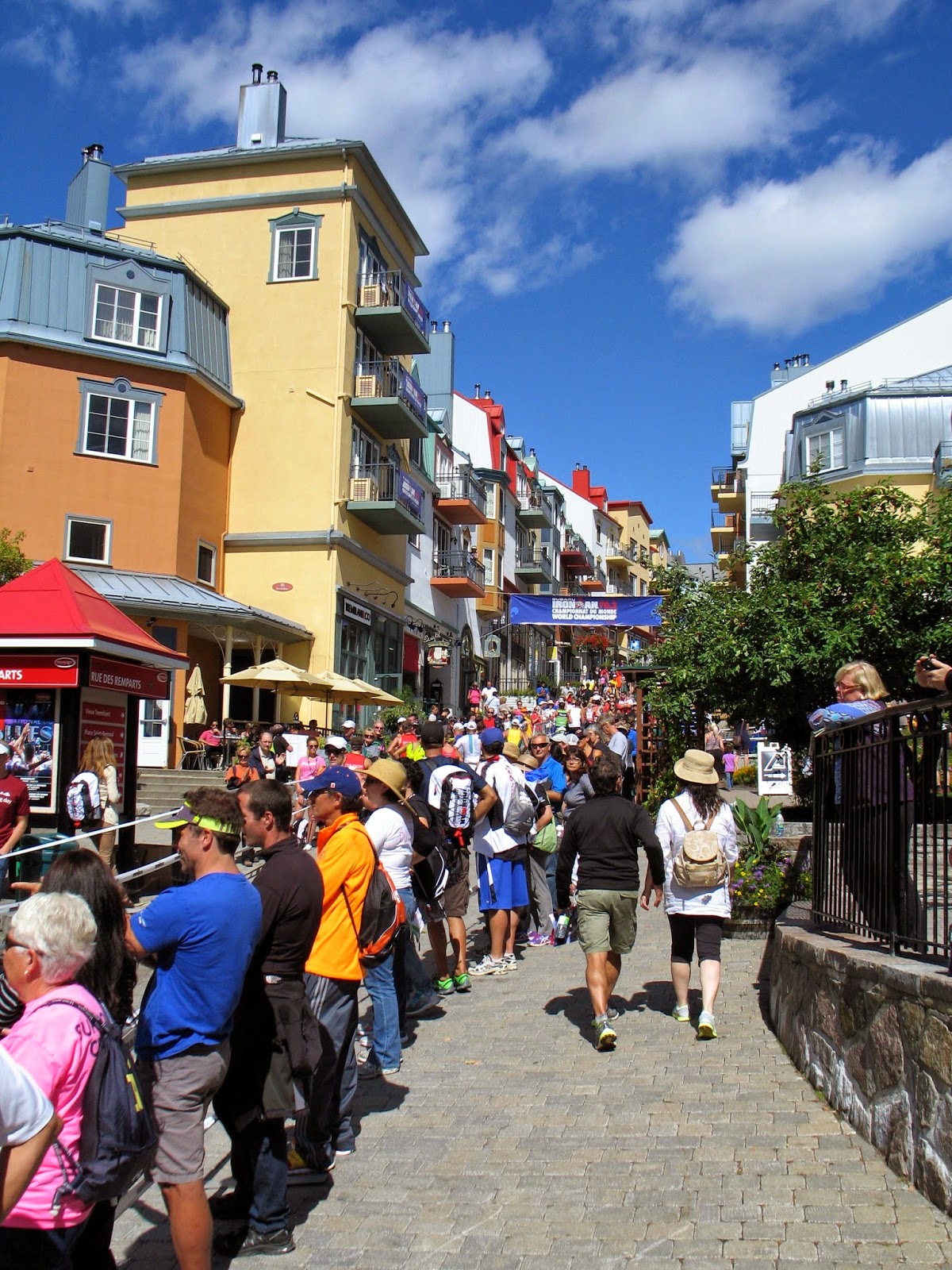 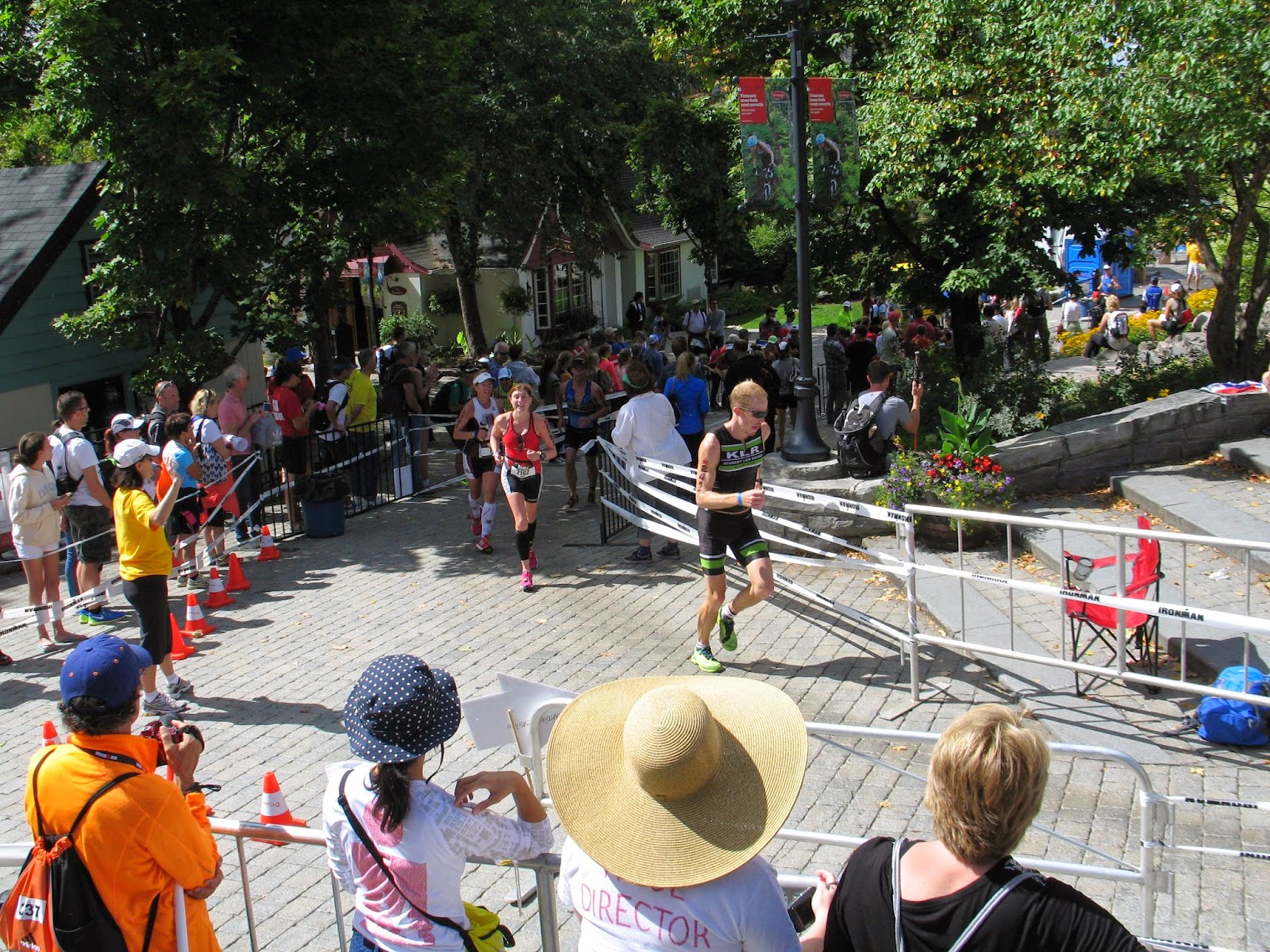 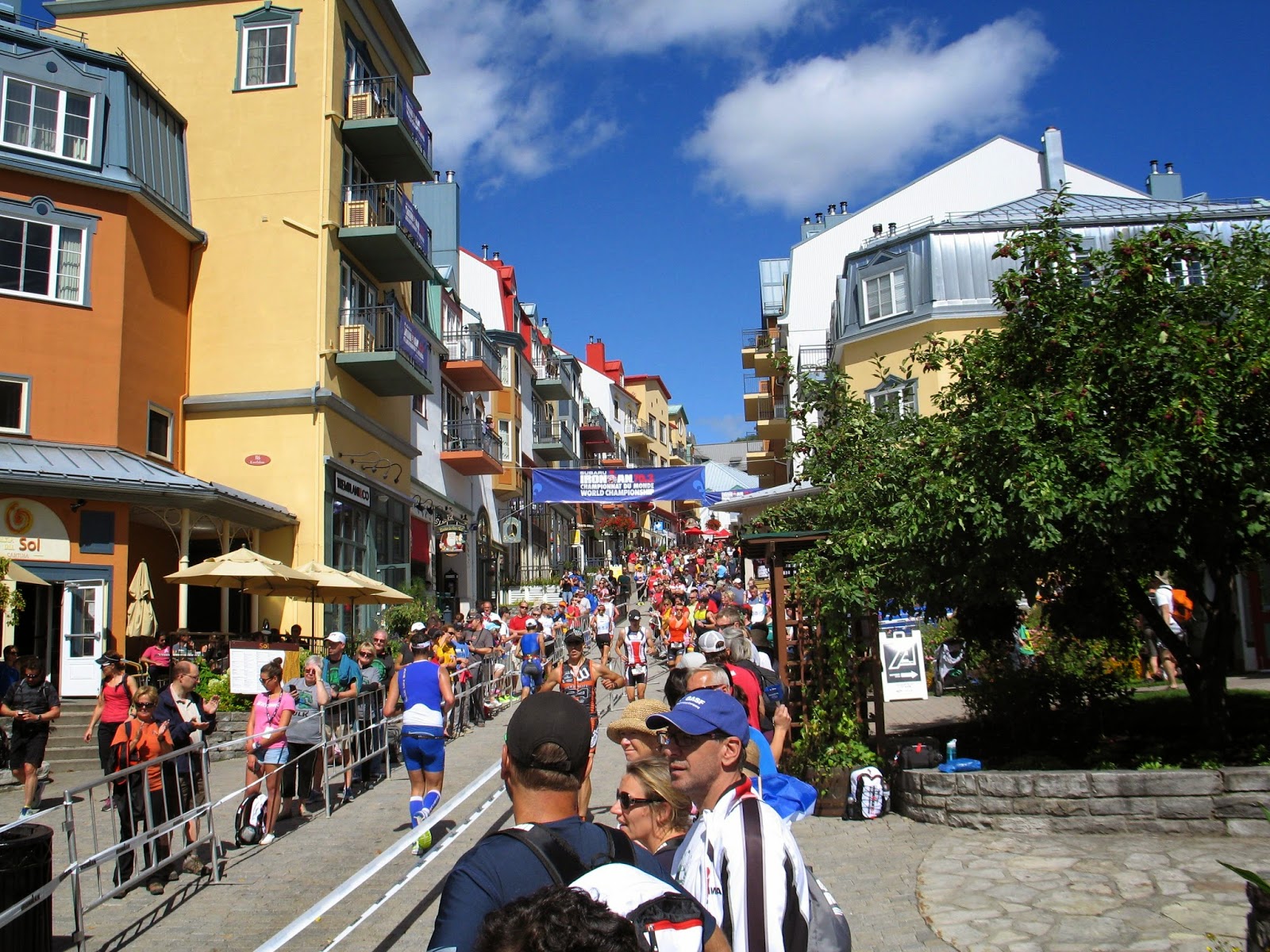 My husband was  amazing as he and my parents were popping up spectating everywhere possible and seeing them there for me really helped me move forward to finish the 70.3 World Championship.
I know this report is not my typical exciting, high enthusiasm report but it was a part of my journey and a growing experience.  I’m really proud of this finish.  I’m even more amazed and proud that a few weeks later amends were made that I wouldn’t imagine possible given this experience and two people have both grown tremendously from this,  found a deeper understanding of each other and may not talk as much, but are probably closer than before.  It says a lot about the capacities of the human heart.