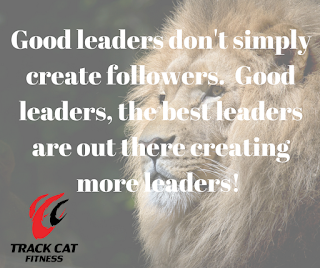 The best things I learned from him…
1. “There is no such thing as an “uncoachable” athlete, simply coaches who fail to gain or maintain credibility with the athletes.”  He told me this and I think those were the exact words back when I was struggling to find the right coach match at the right time.  I needed a leader.
I believe that when someone invests in a coach they do want a return on that and it is up to the coach to be the leader and gain that trust and credibility.   Relationships work both ways but with coaching the coach is positioned to be the communication leader.  When I work with athletes I will work to gain that trust from them as quickly as we can through our interactions and my work with each individual.  From there, I try to be consistent and reliable for them.
2. Nutrition is Epic
He’d joke about how the hardest parts of the sport are the quiet little things like eating spinach and walnuts and berries.
People boast about epic training sessions but never their epic salad consumption.  He was one of the first people in a long line of folks who got me to not just acknowledge the science but also to actually be motivated to apply that to myself.  I jump on and off the nutrition track but I still like to laugh about how “epic” I am when I eat my salads.
3. Approach Running in Ironman and 70.3 with Mindfulness
Overall weekly run volume matters more than emphasizing one long run a week and he’s the first person many years ago who explained that logically.  Splitting up long runs with one part in the morning and one again in the evening allows for faster paces over the mileage and reduces injury risk among other benefits.  He also told me about cycling immediately off the long run to extend aerobic work and practice fueling for the duration expected to be running on race day.  I already believed an emphasis on bike volume allows for stronger bike and run splits and he encouraged that belief.  I use these principles today in coaching and as an athlete I won’t last long with a coach who doesn’t believe in run frequency.
4.  Fueling and Pacing
He gave me this mantra.  I use it as an athlete.  I use it as a coach.  Pace, pace, pace.  Fuel, fuel fuel. 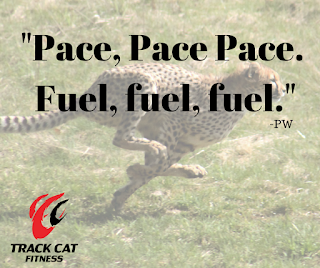 5. FTP isn’t everything. Once, I was a number crunching robot mode athlete phase and stressing about my lower than desired FTP close to a race.   He quickly reminded me that there is more to ironman success than FTP.  I didn’t have time to build FTP but I did have time to build confidence and do every other little thing I could.

He told me exactly where to line up and what to consider. A post for another day!

7. Be patient.  An average athlete can become a great athlete!He claimed to be someone who had mid-pack times at first and through determination and consistent work over time he made it quite far.  I was impressed and inspired.
I know now that many coaches claim they were “nothing special” (to seem humble perhaps) at first.  Then, an athlinks stalk (research past times) uncovers they were decorating podiums very early on.  However, having his story about working his way to the top of the sport as an example out there did really fire me up to work to new levels of performance. It was inspiring since I personally have zero natural talent or background.   I think it was true.  : )FINE PRINT: There’s no way I’m looking up this dude’s results now and please do not tell me anything to the contrary if you know who I’m talking about.  I don’t want my bubble burst, people!  I will hold on to that belief because believing in a success story at the time inspired me to try to make USAT All American for the first time back in the day.  I still want to believe…haha!  If I found out he was one of those guys claiming to be average but qualifying for 70.3 worlds at his first go, I might cry.   : )

I didn’t agree with all of his philosophies but I liked how he thinks and how he approached coaching as the profession it is.  I didn’t want to join another “club” so I never did work with him one on one and I really cannot say that I knew him well but when I was a more impressionable stage in my athletic journey he was in the right place at the right time for a brief period to help inspire me for many years to come.  I’ll always be grateful! I’m sure this guy will find AMAZING success in his future endeavors.
Seeing triathlon world quietly lose such a fantastic coach, I think I might have been suddenly more inspired to grow Track Cat’s coaching capacity and work more closely with other coaches who I deeply respect.  I am not sure if it is a coincidence that with in weeks of hearing this news, I wound up hiring another coach for Ever Racing.  The guy I brought on last week, Aaron, is one of the best of the best in the industry.   He’s a wealth of knowledge and a professional who encourages, helps and inspires others by his very nature.  It suddenly made a lot of sense to me to work with other coaches I respect so we can inspire and help more people through our coaching.
By Kelly Hadiaris|2018-02-05T18:00:52-05:00December 28th, 2016|