The conditions for Colonial Beach were pretty miserable day one as far as setting up and waiting for the start.  It was pouring buckets. 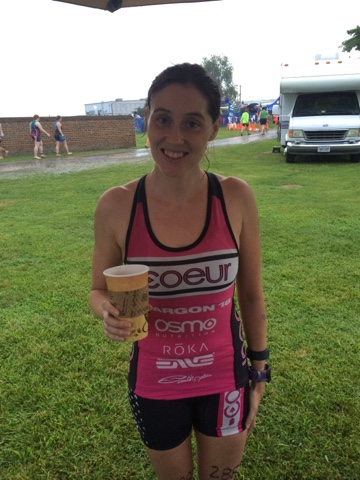 Poor Nick had a rough day of spectating as I splashed around on the swim, bike and the run.  It was a monsoon! 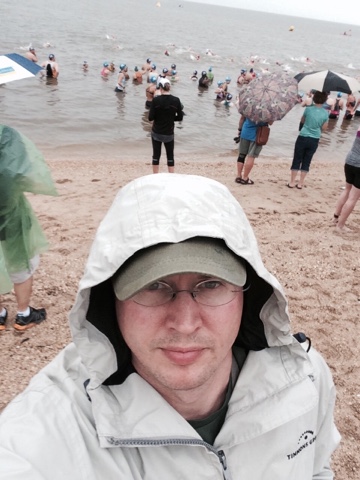 However, I enjoyed it.  The swim was simple, the bike was wild with the rain but mostly flat.  In the run, I remembered that puddle jumping is such fun!  I loved the out and back of the run as I got to see so many of my triathlon pals racing! 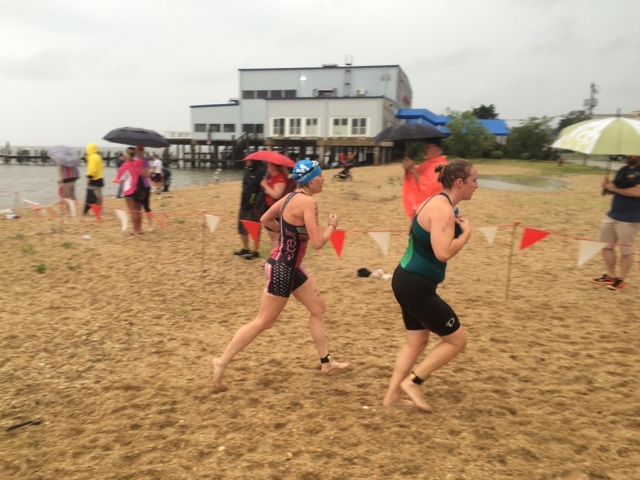 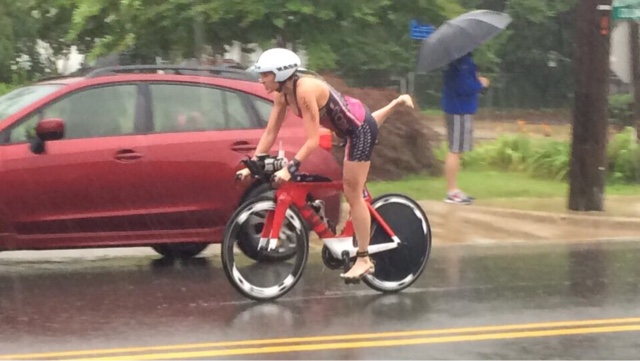 I took the Age Group win for the sprint.  We did not stay for awards because Nicks tolerance for this weather had worn thin.   I understood.  He’s done so much for me in my tri adventures as it is.  I always feel badly if I make it to the podium and cannot stay because it really is an honor to be there and the awards are pretty cool but this weekend I had to look out for the happy marriage. : )
Day two however, was a picture perfect race day.  I felt OK during the swim, took a wrong turn in the bike but realized it pretty quickly so the extra mileage was not too bad and was able to run to a podium finish despite fatigue from the day before.  I had to get back to town quickly after the race but it was a great way to spend the morning and most of the weekend at that.
I loved socializing with the other athletes at this race.  We had a great time pushing each other. 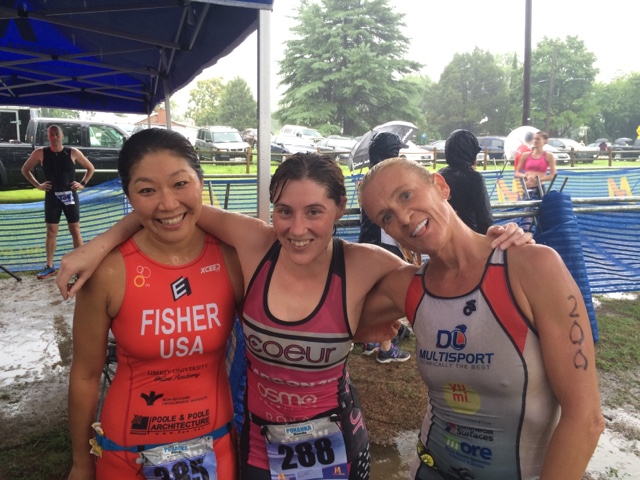 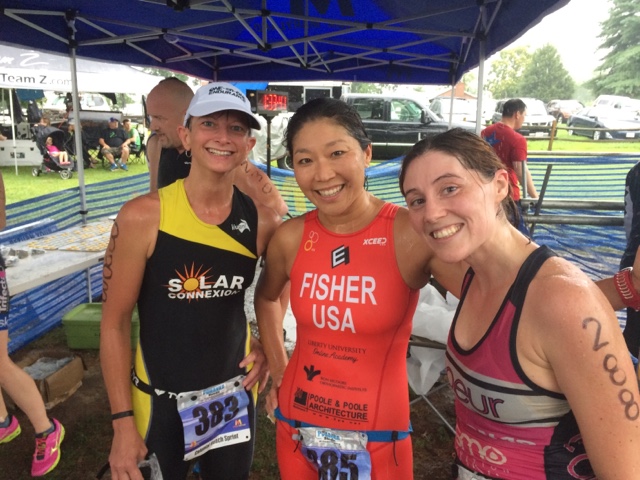