Every January, our city’s run club,  Richmond Road Runners, brings us with an incredibly popular 15K that is infamous for a weather living true to it’s name “welcoming” runners for a tough but fun day.  I have always wanted to do this race both for the social element (as we have well over 400 runners participating including OH so many of my tri-pals) and for the toughness.  It’s a right of passage in Richmond.  I had wanted to be in this for years but I have usually been either sidelined plagued with some kind of injury & just met up with folks for post-run brunch or traveling in the past.  This year, I was IN and I was so excited to be doing the race. 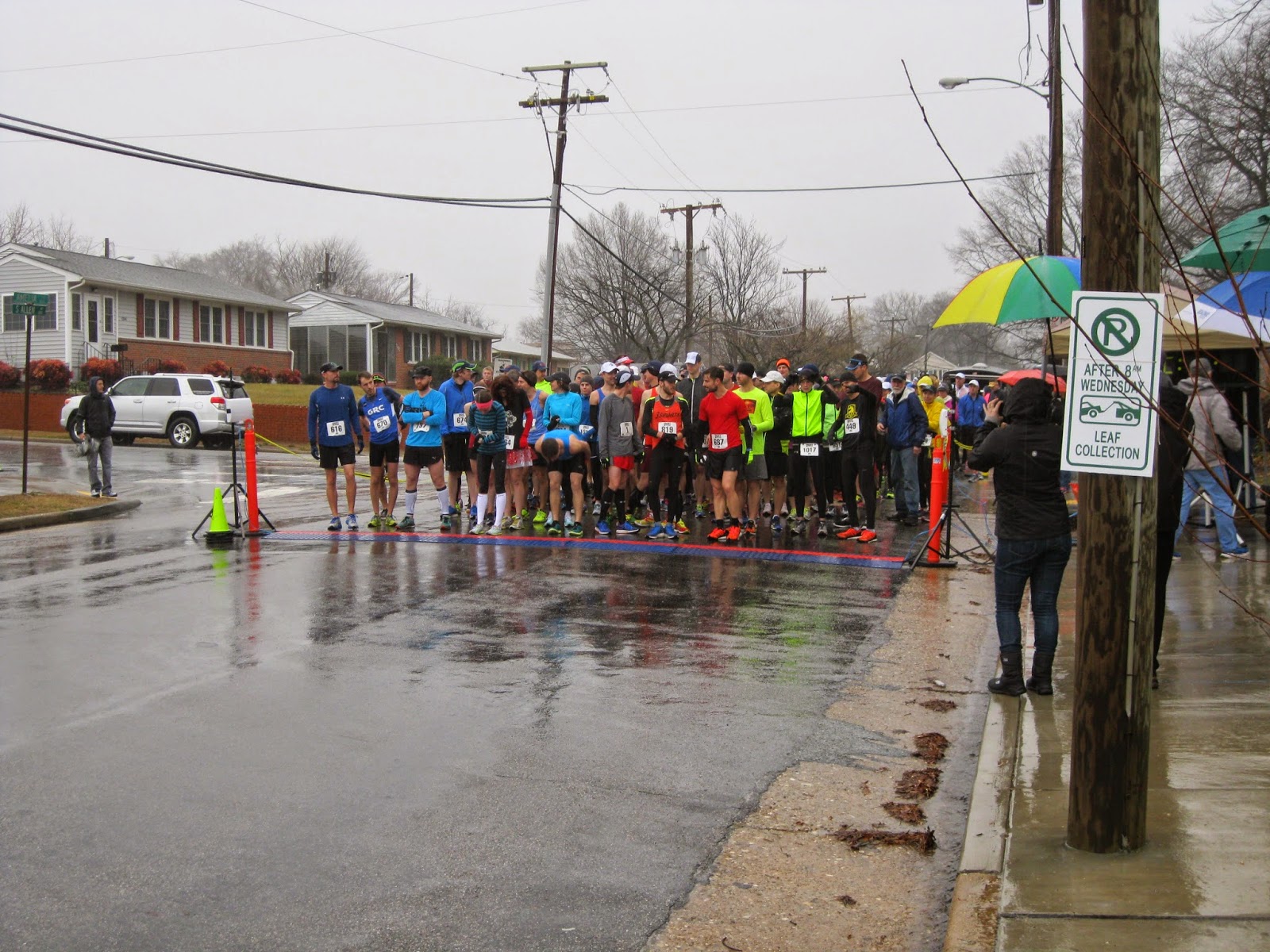 Leading in I had months of hard work including week after week of annoyingly SLOW running with one fast track practices with some completely fun athletes, I felt really prepared to race.  Did I mention the “SLOW” running?  My coach mostly asked me to run “so slow it annoys you” and “do not exceed xyz pace!” and “run like a little old lady” about 5 days a week for the past few weeks plus a track run where I could “finally” unleash some speed.  Then, he had me train through this race.  I didn’t get to have any “rest week” leading in.  That was alarming to me, but I did it (mostly) anyway (enough to get the coveted green boxes in Training Peaks) and my legs weren’t fresh like most races I do but it was better than fine!

I spent the week trying to get my head in the right place.   To get some positive energy out there, I had just come up with the idea of the “Shining Tiger Award for Dedication to Triathlon”  but not yet announced so I was filled with excitement inside about that whole side “project.”

I woke up race morning and it was torrential downpours and in the upper 30’s.  Well, at least there was no snow!  Yet again I didn’t know what to wear so I piled tons of clothing options on myself and in my backpack.  It was excessive.  Nick drove us out to the elementary school start line, dropped me off and found some parking.  I saw my friend Mark immediately for a big hug and a lecture about wearing too many layers.  I socialized with my fun former teammates for a while and caught up,other athletes in the community.  They also lectured me about too many layers.  One girl (the one who helped me find my favorite caramel GEL on the planet last year) was wearing just a kilt and told me she’s just going to “suck it up” or something hard core like that… which I loved hearing!  Inspiring.

I warmed up outside in the storm.  Then, poor Nick showed up hauling my heavy pre race back pack and he cringed as I removed and added and removed layer after layer indecisively.  I piled his arms with dripping wet hoodies and jackets and wind pants.  We saw a few more friends and I tried to keep calm about the race by worrying about my wardrobe!  ha!

I settled on my base capris, long sleeve top, thing gloves and a Coeur Sports cap to keep the rain off my face. 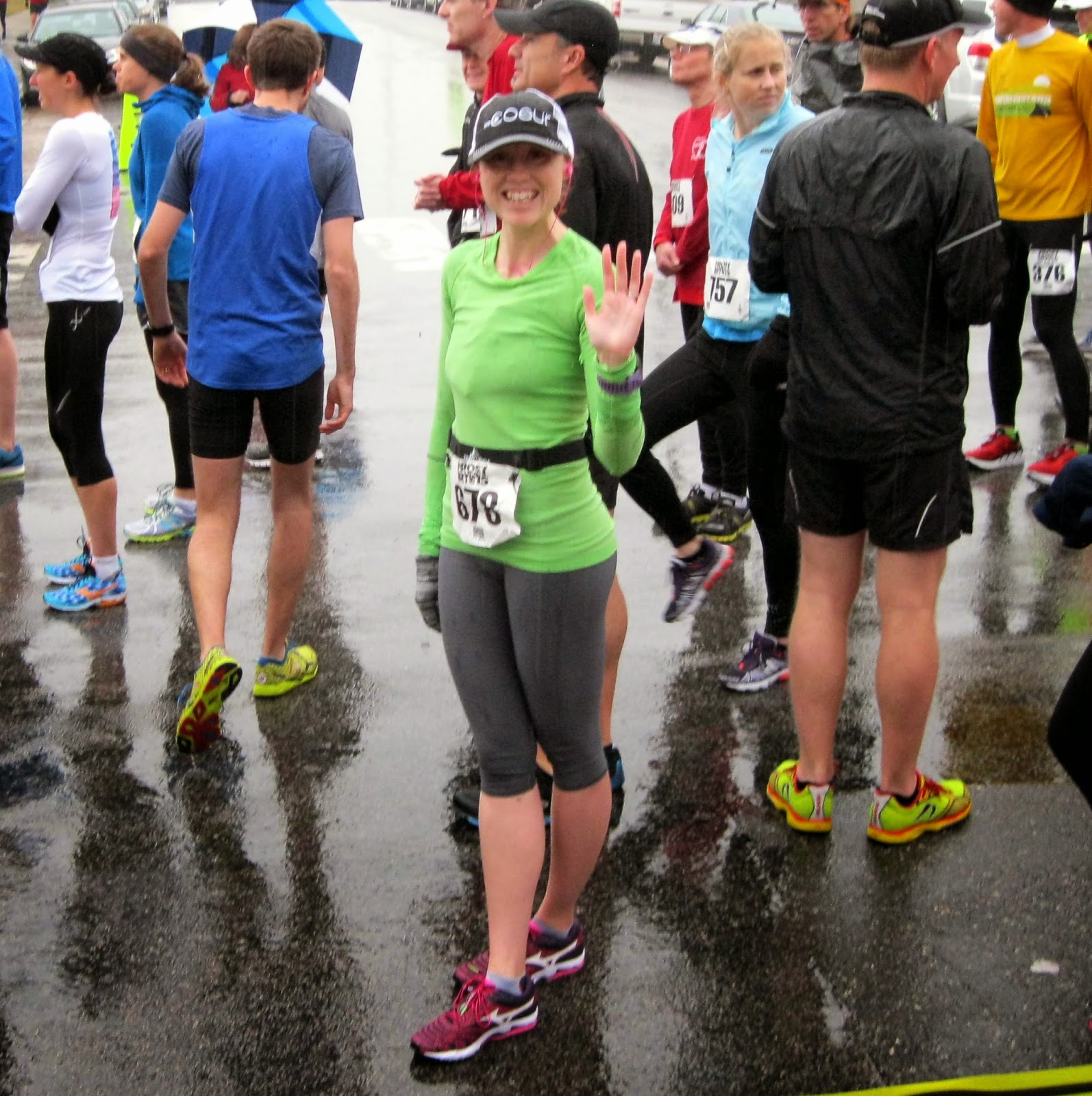 We all lined up in anticipation and suddenly it was GO time!  When I started, I had decided to go more by “feel” and truly see what my body could do with out looking at my watch too frequently.  I wanted to use the watch as a tool for feedback but not let it dictate my pace.  I went out hard, but I was able to hang onto it.  I ran in the 6:50’s almost every mile through out.  The course was hilly and really had a lot of variety.  We twisted around all kinds of fun roads and splashed through puddles and even ran through a few really muddy grassy sections. 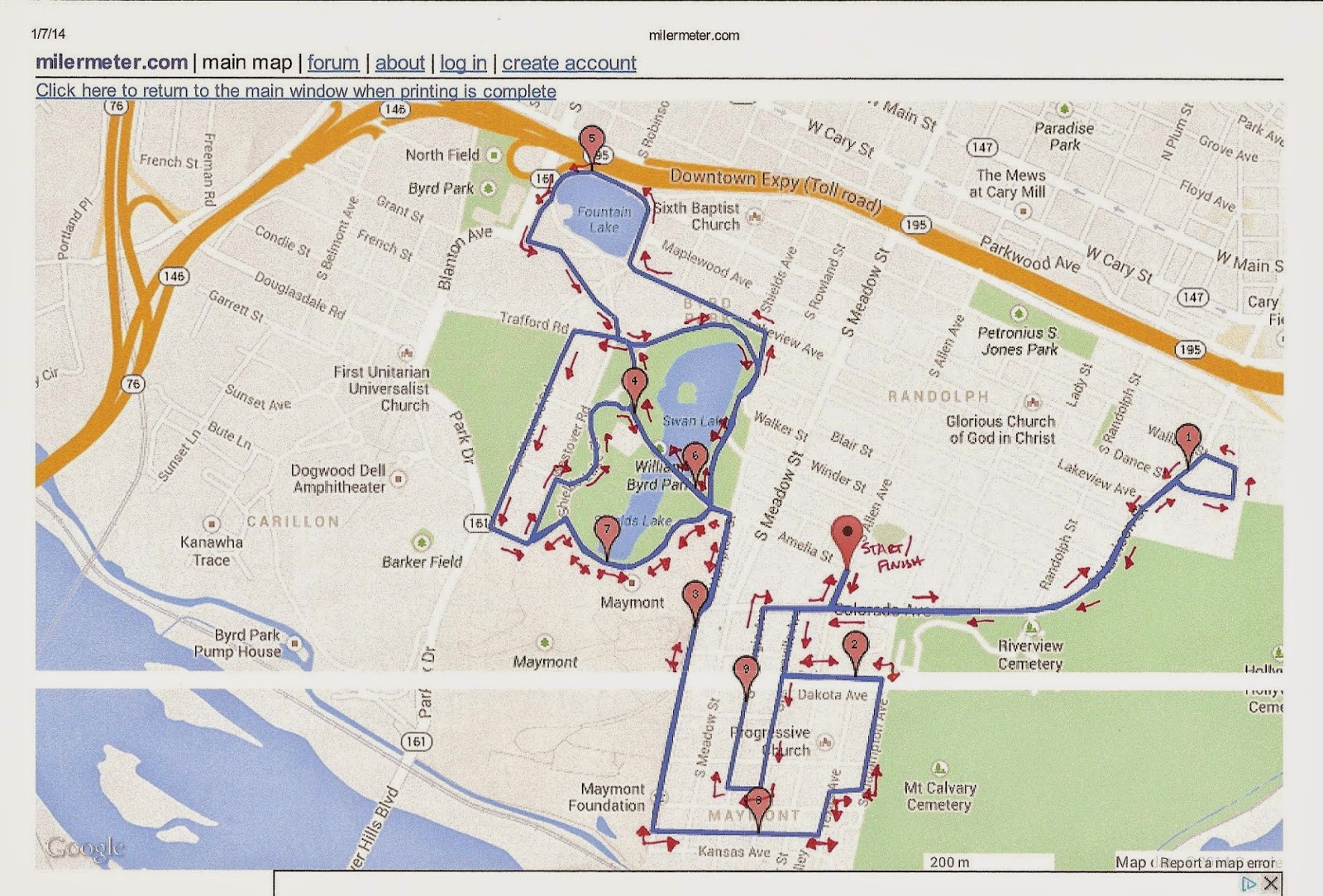 I ran with a core group of runners that naturally happened to bunched together.  We were working, not talking but definitely sharing the adventure and competing.  The ladies especially at this race sure made me WORK for it and I was having a great time.  I could not believe I was able to keep pace with this little cluster of runners working so hard together for most of the race.   Two would break away and then the rest would catch up again.  It was really fun. 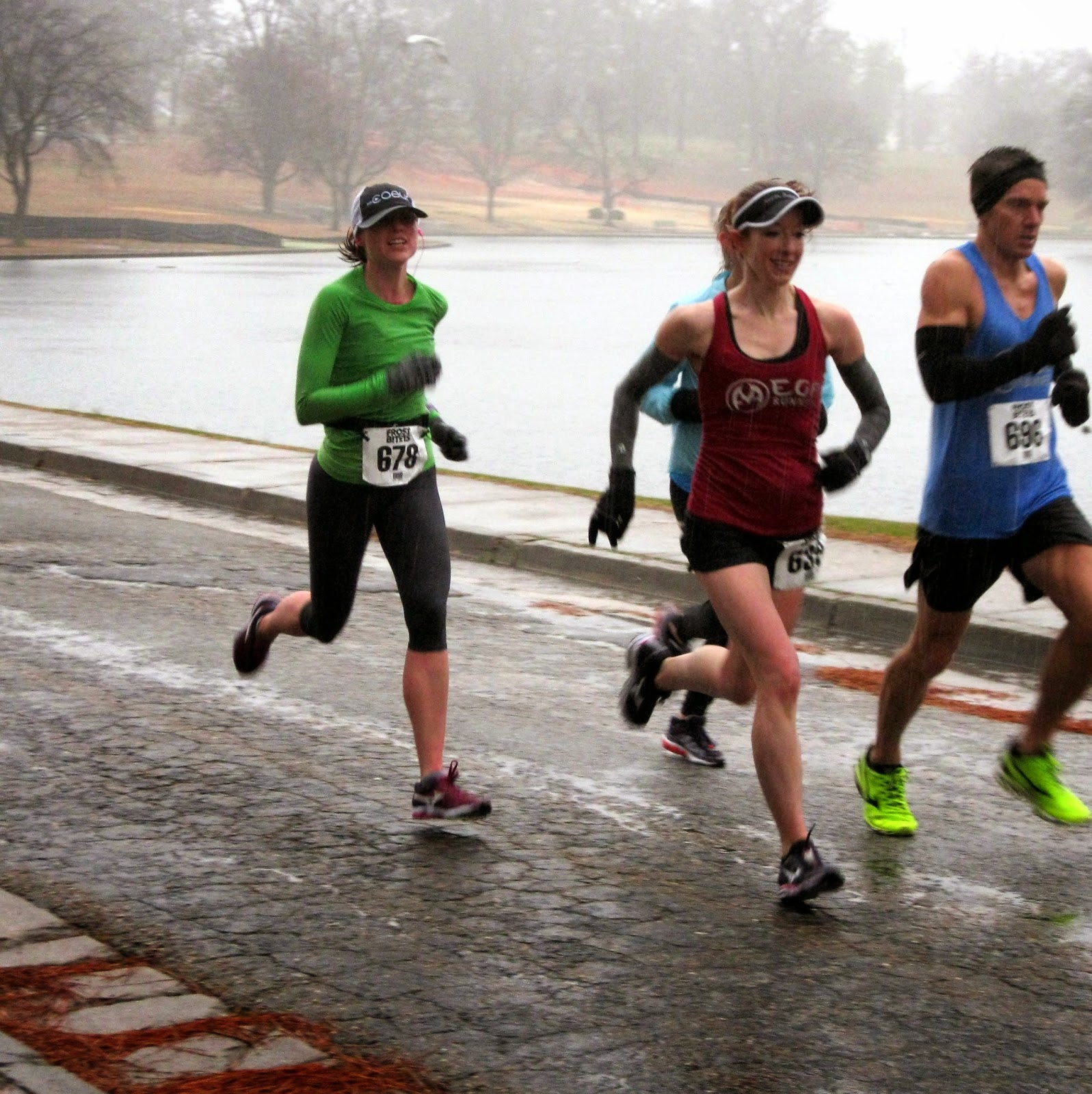 Around mile 7 everything really started to hurt.  I started to drop back slightly, but this really cool guy next to me who could tell I was starting to fade said, “Stay strong girl!” and that was enough to help me hang onto it.  I love other athletes on the courses.  The comraderie is amazing out there.  I saw Nick at the bottom of a large hill (yet another one) and he told me I was in 7th (women) and encouraged me to “chase them down!” I said, “I CAN’T,” which I immediately regretted.  That’s not the positive attitude I needed so I reset the mind.  I kept up my pace and although everything was hurting, I was able to keep it together and get back to my consistent mid 6:50’s pace.  Although I never did close that gap, I was able to finish the race STRONG with a battle in an uphill finish for 7th overall woman and 2nd in my age group at this extremely competitive local gem. 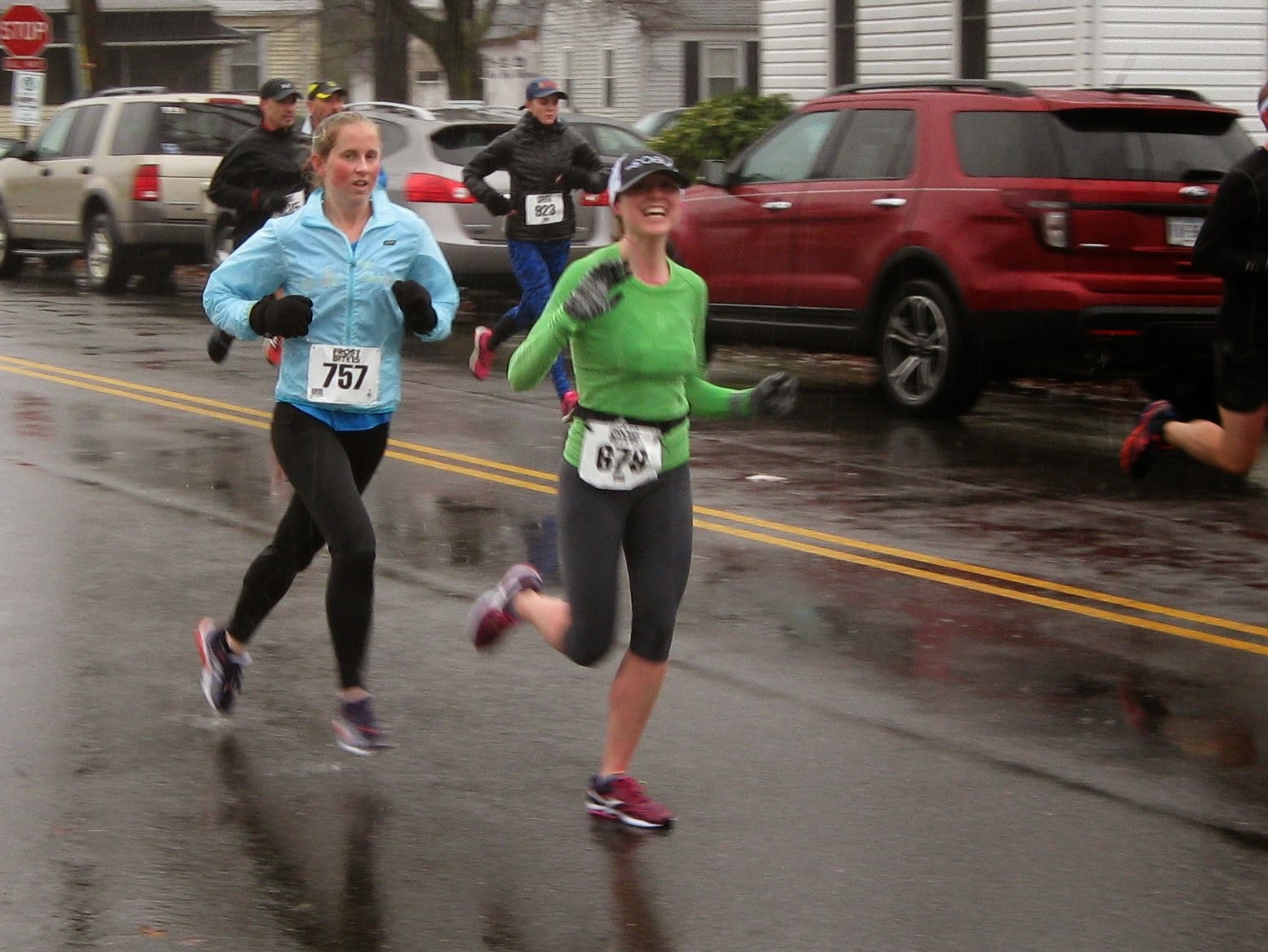 This was a breakthrough race for me.  I never imagined I would be able to run a 15K at a sub 7 pace.  Since did did not run tangents due to the conditions, most say the course was long.  My Garmin gives me a 6:54 pace and the race clock has me at 6:57.  BREAKTHROUGH!  : ) 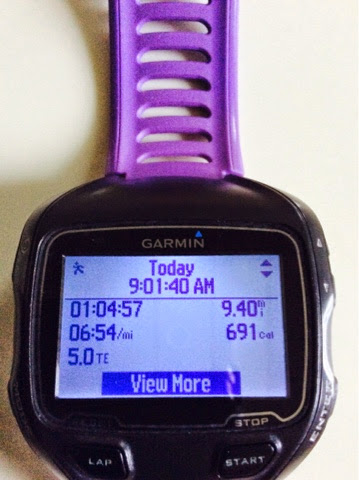 A friend asked me what it felt like to run that fast and I can honestly say though it feels “the same” as when I was running 2 hour half marathons…it is just as exciting and thrilling as it has always been.  The excitement of being out there with others, the challenge of suppressing the mind’s desire to give in, managing the exertion pain and completing a BIG goal to feel proud of…it feels the same regardless of pace.   It feels just as rewarding now to work hard and see results as it did years ago which is part of why I’m addicted to the progress. 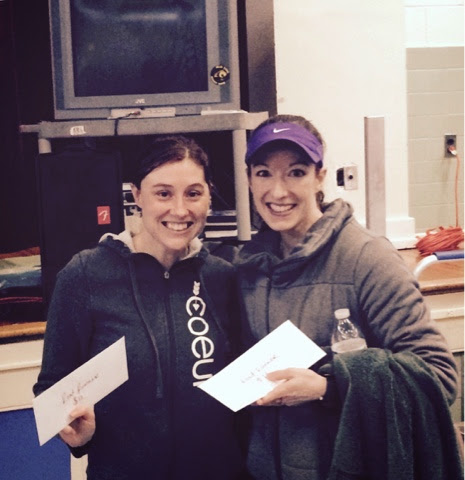 I am really excited about this one though and I could not have done it with out the support of my husband, the support of the other athletes, the other Coeur girls and of course, Coach’s guidance.  I trusted him enough to push hard through all the hard work he prescribed and the “SLOW” runs even when it was different than what I had done before.

I have a lot of gratitude about this race. 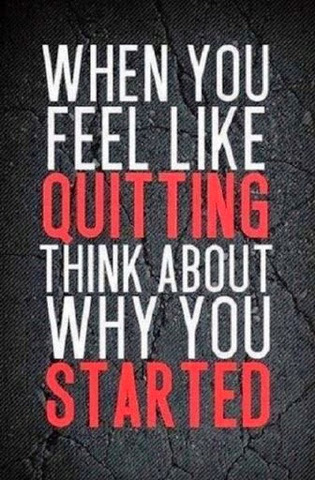