We woke up early again for part 2 of the Giant Acorn Double weekend.  I was tired but also excited as I knew even more of my tri pals were racing this one.  Again, we had great weather and this time a bunch of my pals were near me in transition which made it a lot more fun.  I had another mini race belt drama as I lost a snap cover from my race number belt, (found later) but luckily Nancy had extra and my race number was saved.
Nick was great helping me get through the morning with ease. 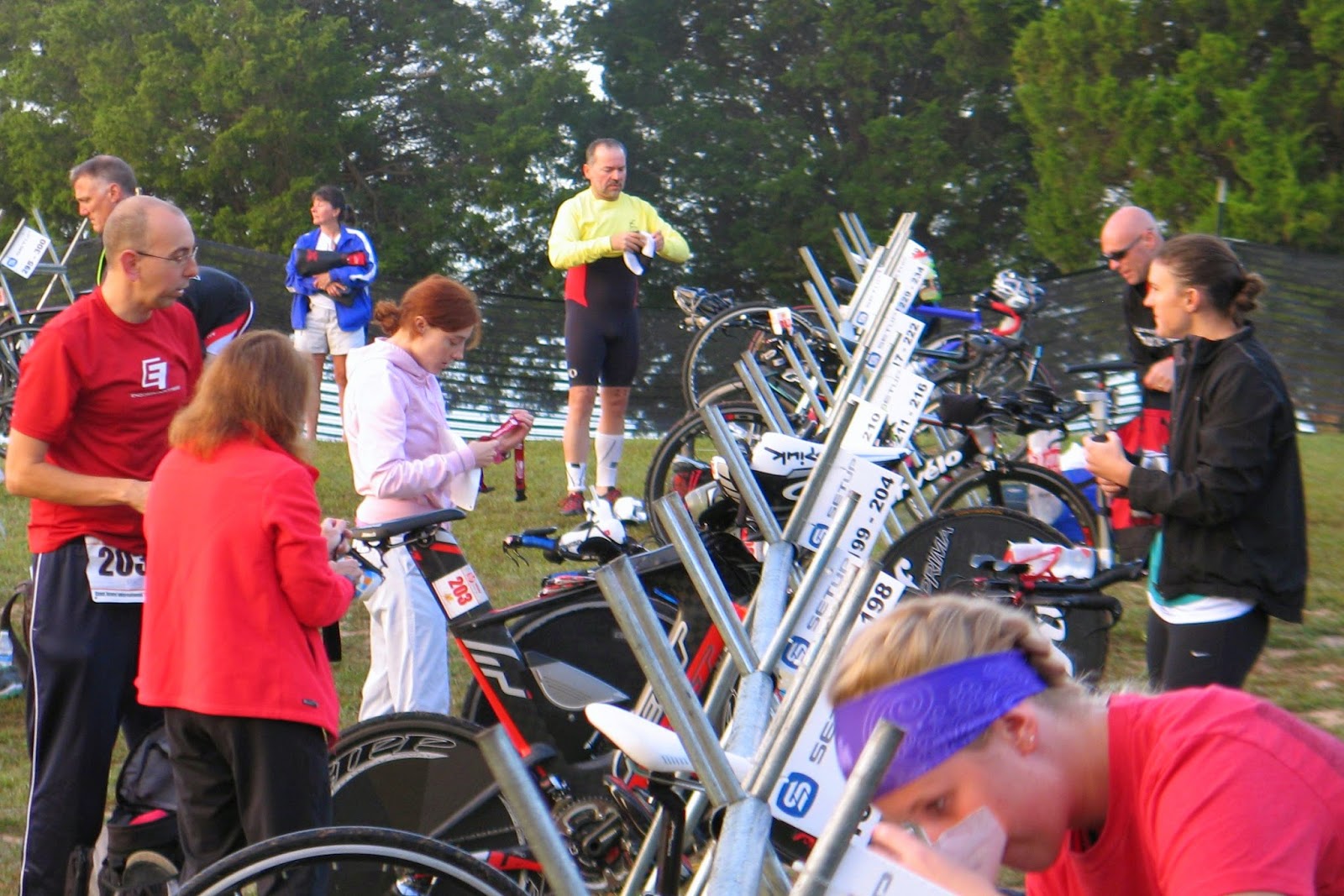 The swim felt similar to the prior day.  I swam the exact same pace for both the sprint and olympic. 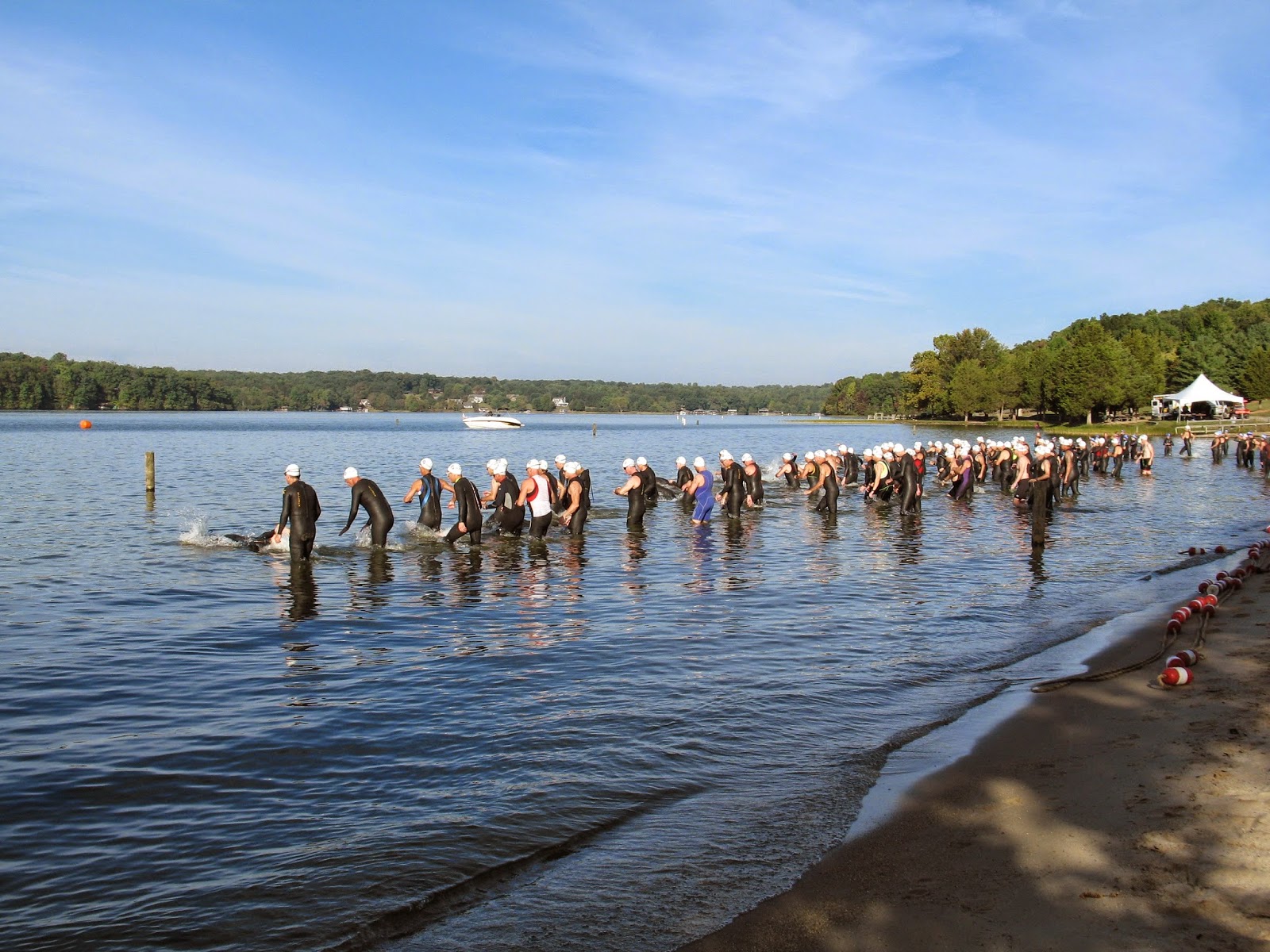 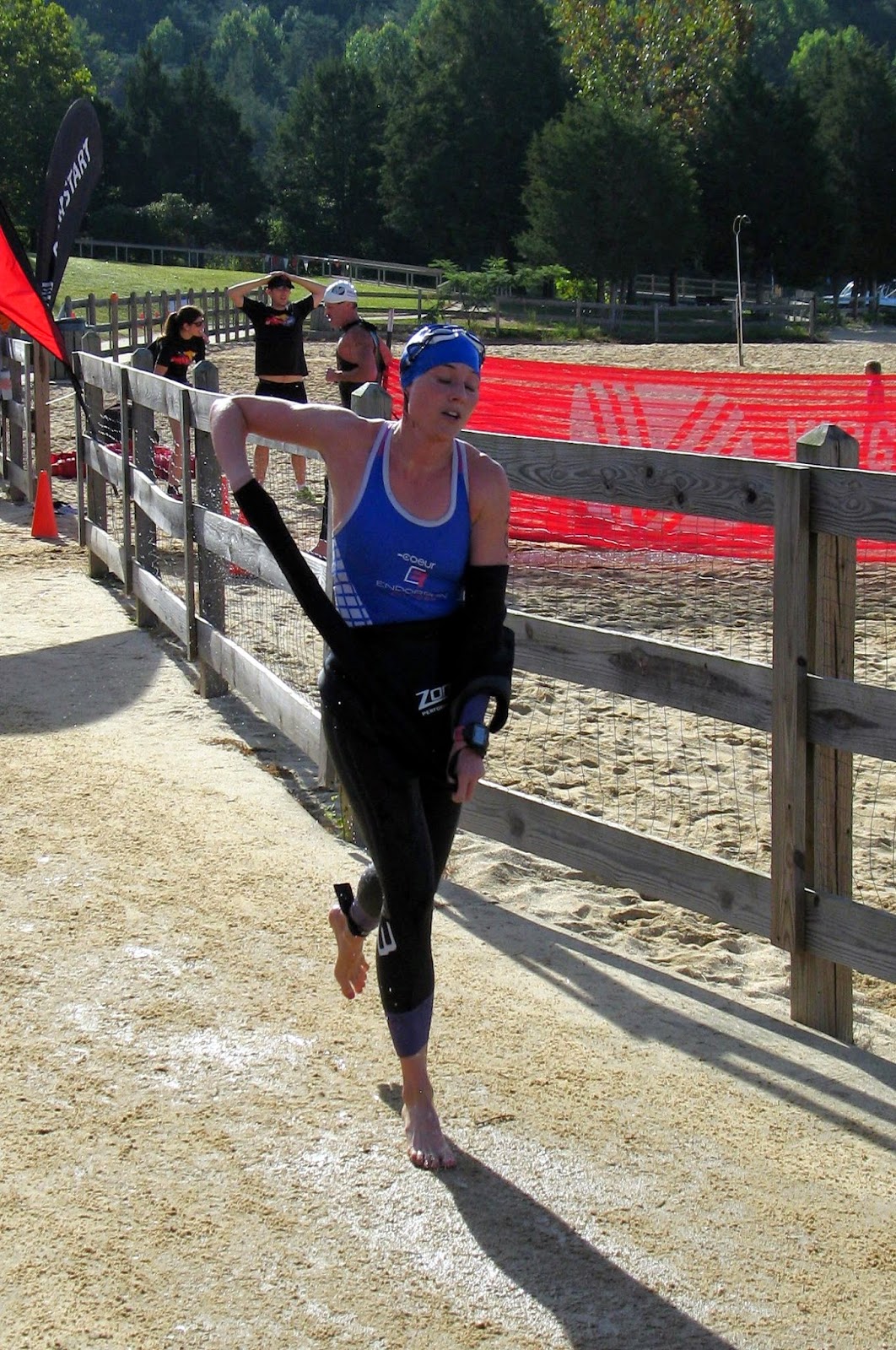 On to the bike.  This is where I needed to dig deep.  I did.  I was pushing ironman wattage but it felt like zone 4 according to my legs.  My cardio system was fine but my legs felt like they were going to tear right off.  I was ready to be done, but was able to dig deep into my mental toughness well and stay in the moment.  I didn’t have the ride of my life but I’m proud that I pushed through it and of course I didn’t take my shoes off too early this time and was able to ride fast down the hill back to T2. 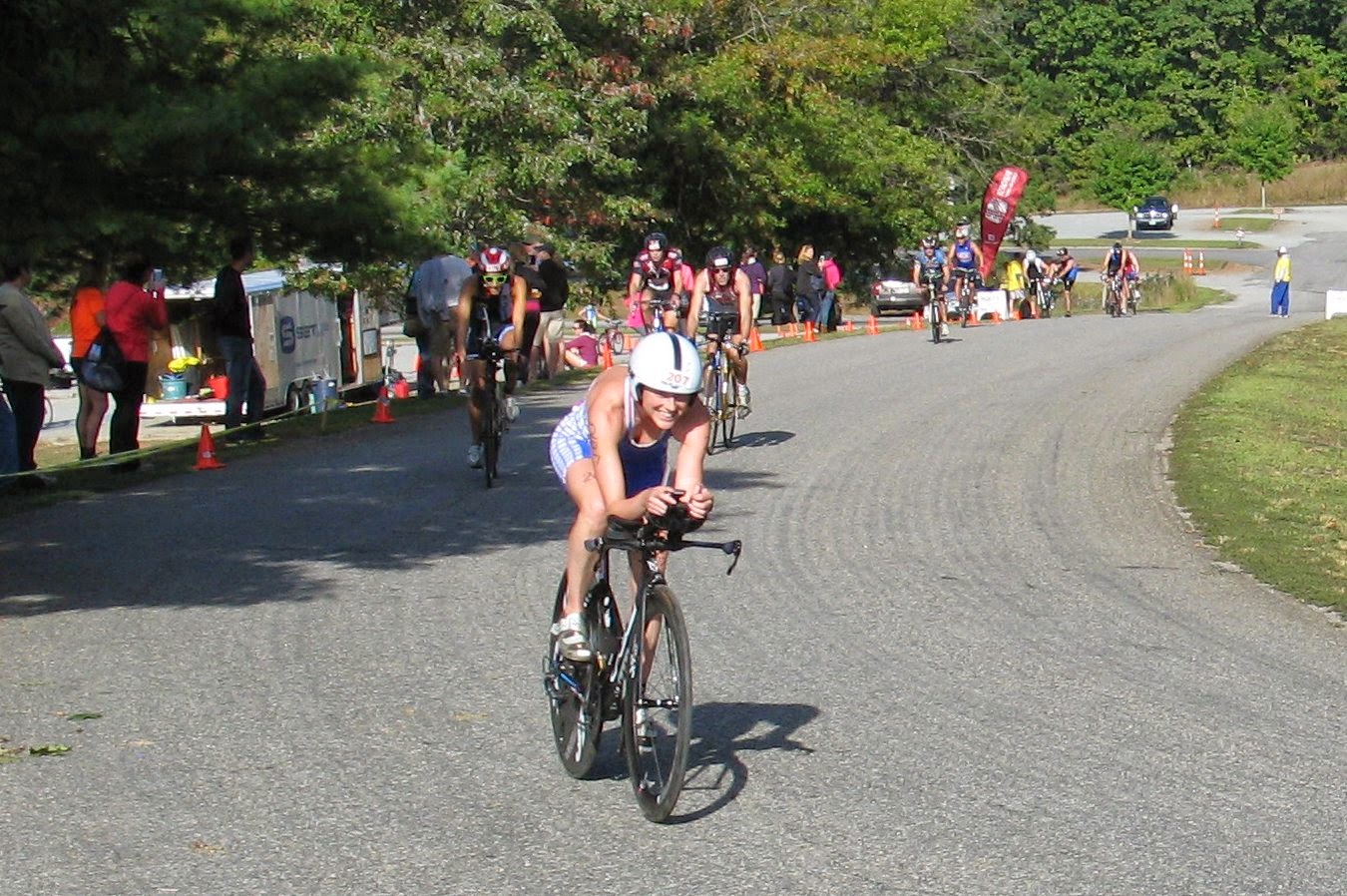 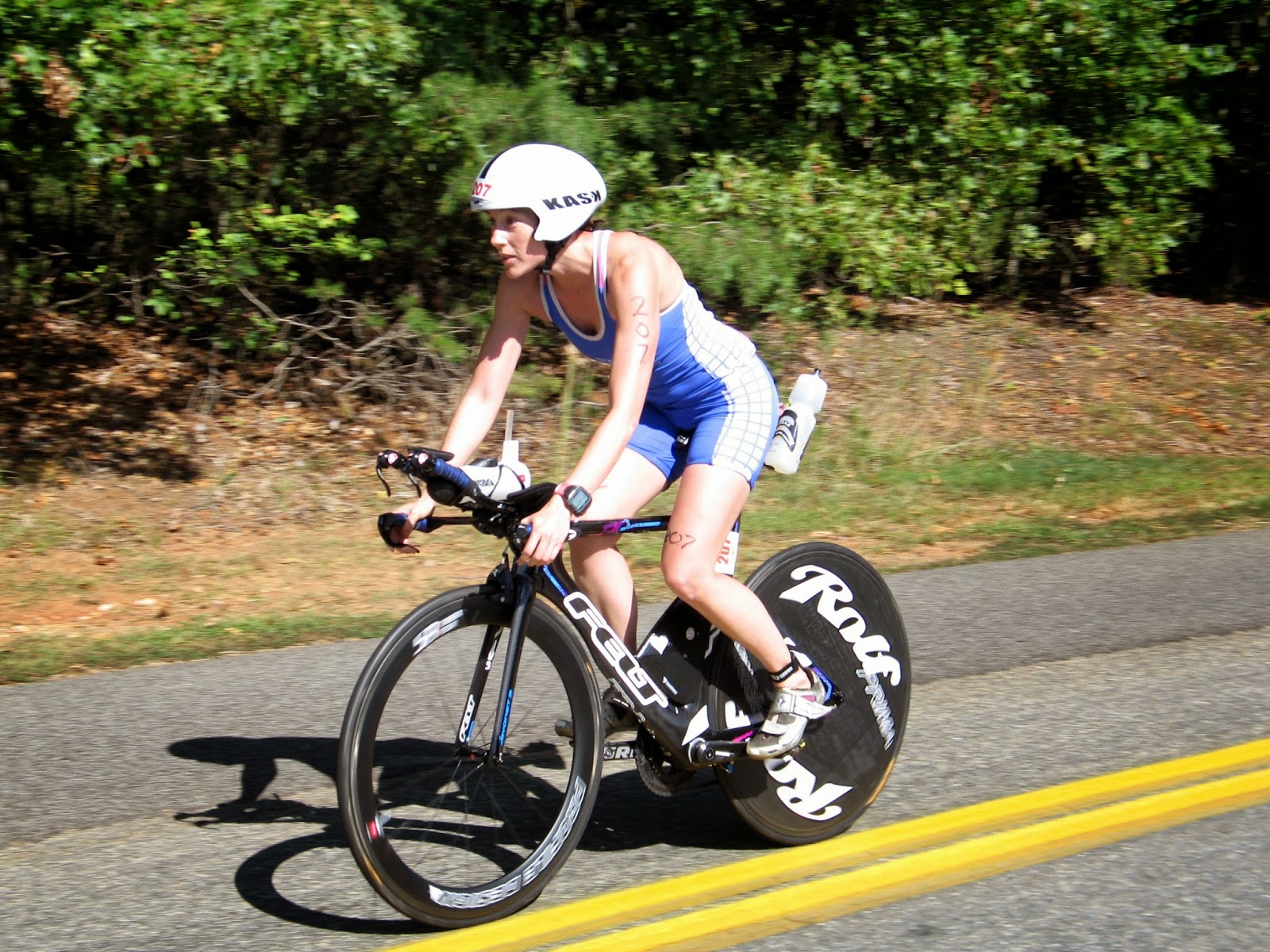 My legs were heavy on the run as well.  They felt like imposters…not MY run legs that have taken me through the season.  I saw all kinds of my friends out supporting and along the course and saw Nick a few times since it was a 2 loop affair, which gave me an added push to keep going.  I was exhausted and looked at the patches of grass on the side of the road contemplating a quick nap, to just give in and stop would be great but I held on and kept running, and running.  It was just a 10K but felt like time had slowed down or the distance was longer. 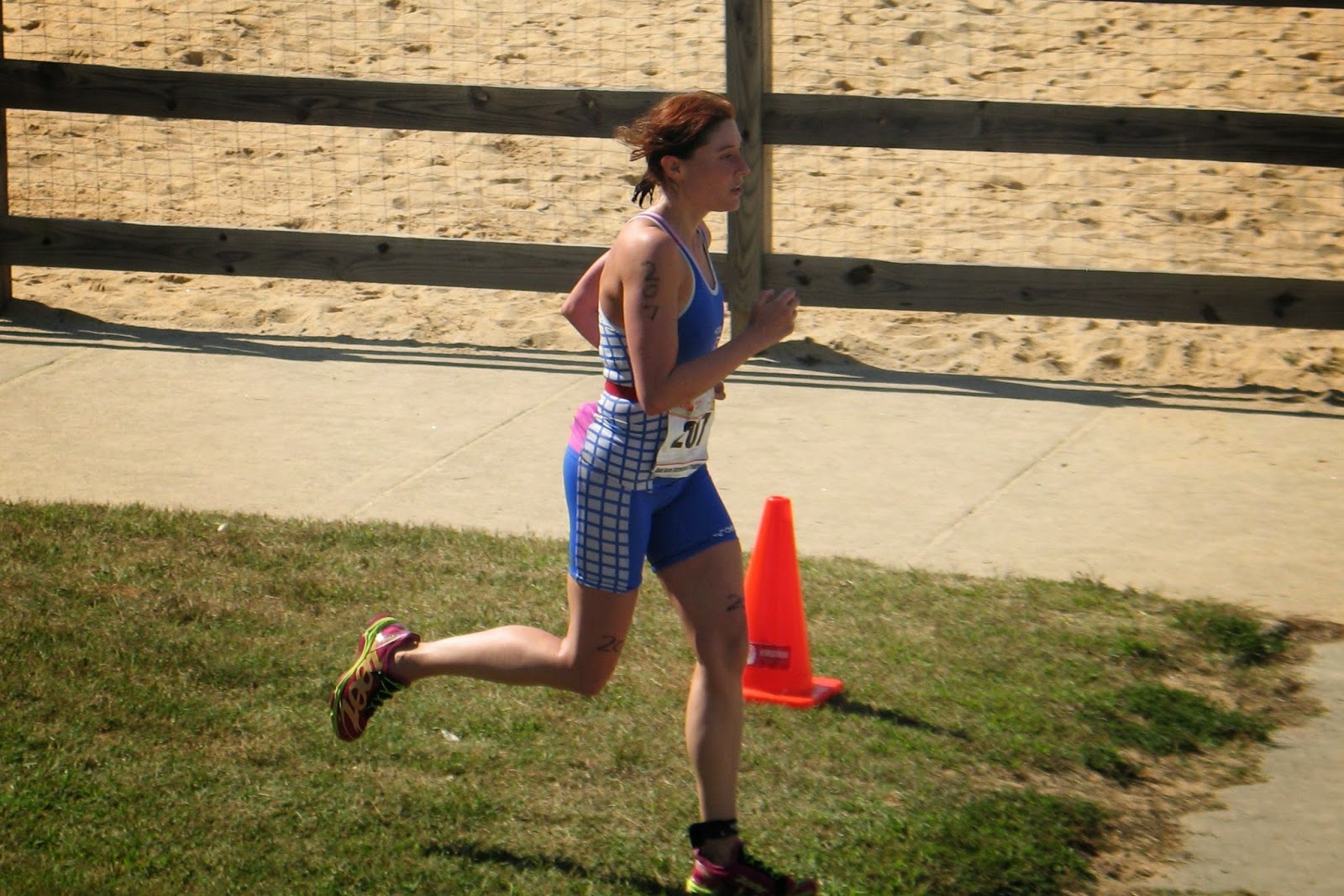 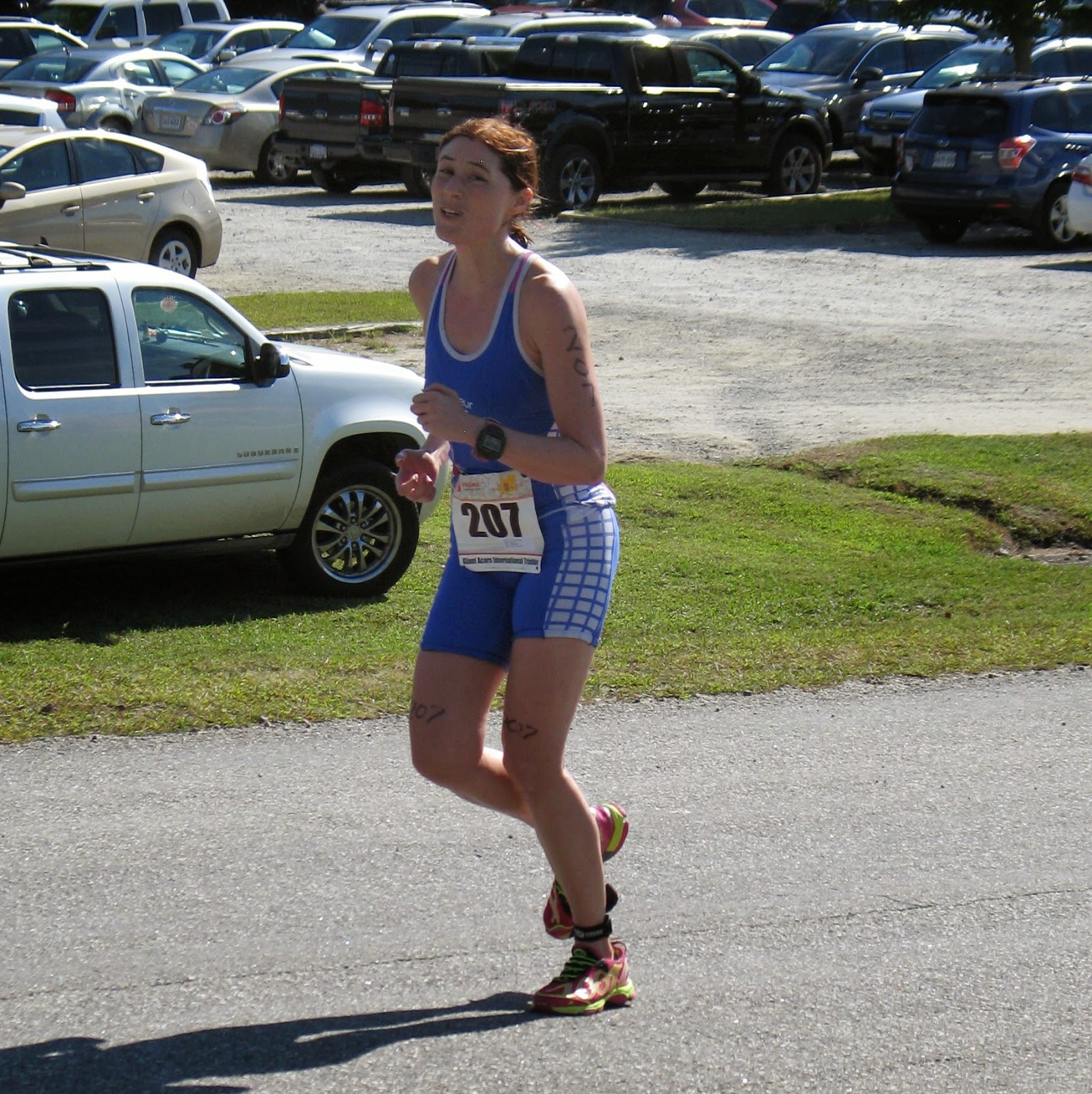 I was not running fast, but I was running.  When I crossed that finish line, I was truly spent, done, proud and ready for the off season.  I had no energy left and had to nap on the grass for a little while. 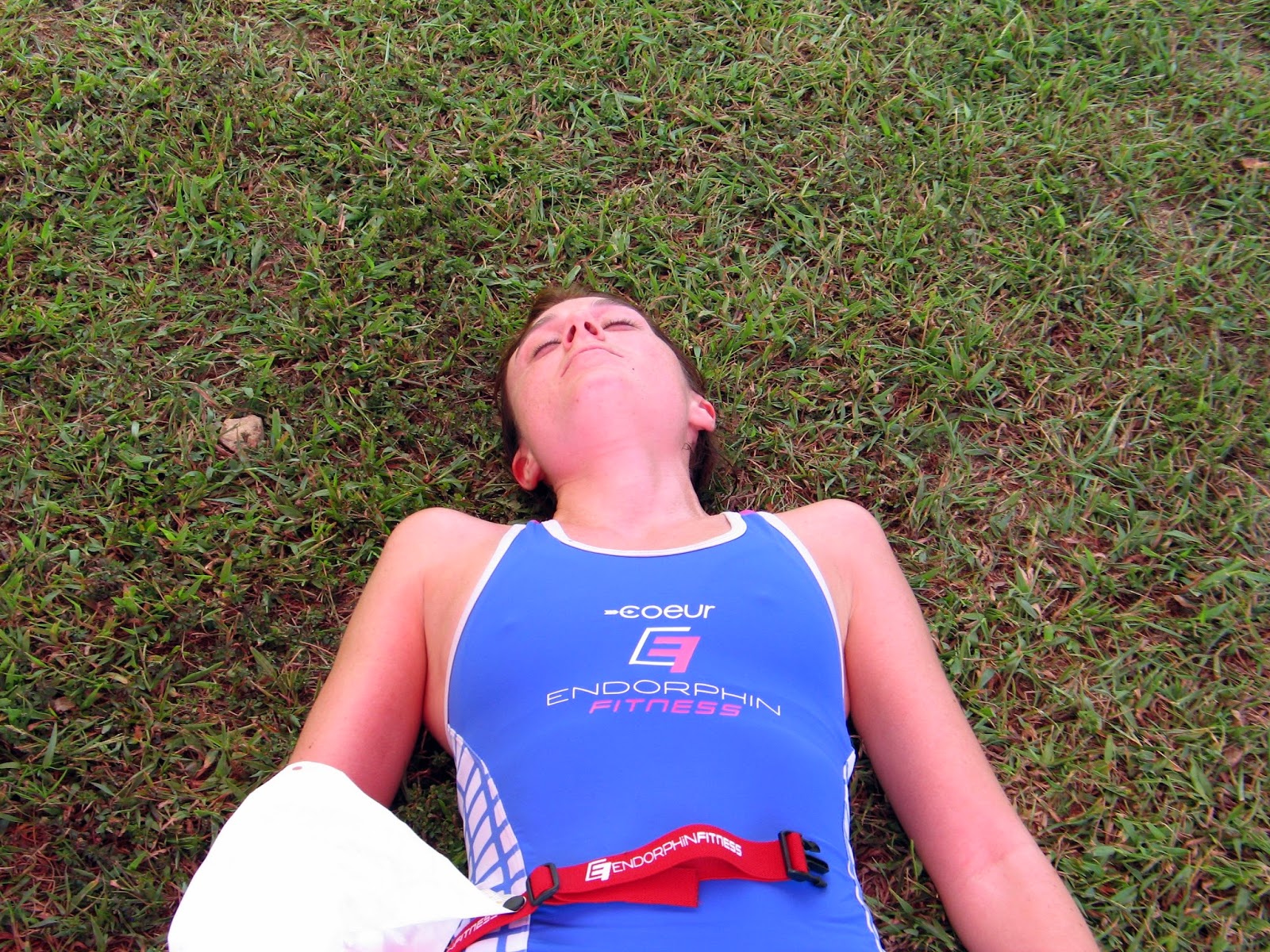 This effort wasn’t my fastest race, nor my highest placing but one I’m really proud of for I dug deep and hung on and my effort was enough to get me on the age group podium again for a double podium weekend.   This has been an AMAZING breakthrough dream season.  When I reflect on it, I have to pinch myself a little because it is hard to believe luck finally mixed with my hard work and dedication for the results I believed I was capable of…if I could “just” stay healthy.  Yes, I’m really happy to finish this season off with the Giant Acorn Double.  I even earned a beer mug for Nick. 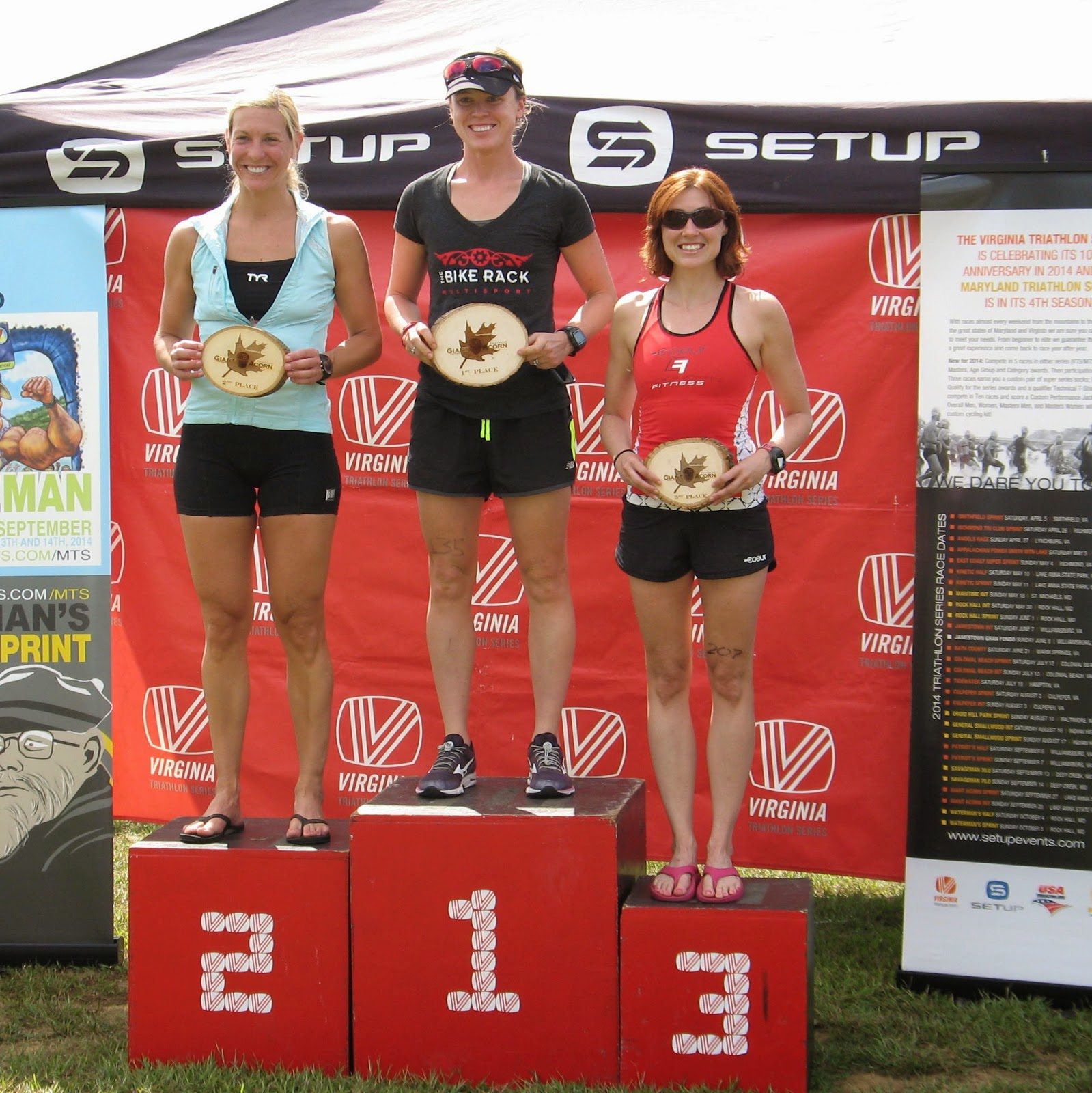