The Shining Tiger Award for Dedication to Triathlon 2016 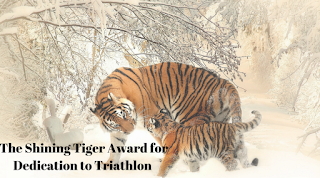 The Shining Tiger Award for Dedication to Triathlon is intended to recognize an inspiring person in the triathlon community who has demonstrated strength of character, enthusiasm, empathy and courage. This individual will be honored for their significant contributions to triathlon through authentic acts motivated out of an inner passion and dedication for the sport.
Like tigers in the wild each have their own unique stripes but they are all shining tigers with their individual gifts to the community.  Let us all celebrate the 2016 Shining Tigers! 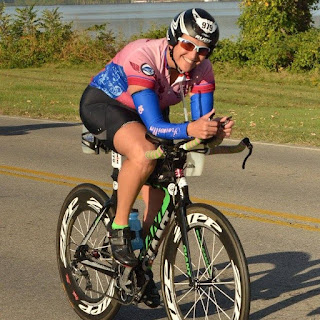 It won’t surprise anyone who knows her that when the call for nominations rolled out, Shawna came recommended by the women on the IronWilled Women Who Tri Facebook group she created and supports.  It is a welcoming community of over 3,000 women that is open to all regardless of local tri team affiliations, ability levels or distance focus.  She manages this for fun and it infuses incredible positivity in the sport from all over the globe.  Her establishment and work on this positive force in triathlon world would be enough to convince me that she deserves the honor.   Shawna genuinely cares about her virtual friends and connections on that group and invests her time to making sure people are feeling supported.  Someone who knows Shawna beyond her amazing positive force on Facebook describes how her vibrant positivity in sport shines far beyond the pages of social media… 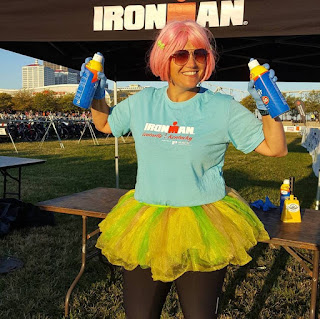 “When I first met Shawna she was training for her first Ironman in Florida (she is now a 2 time finisher). She had a background in running and now wanted to tackle the race of all races and become an Ironman. If i could only bottle up Shawna’s dedication and drive I could sell it and be very rich. She inspires me everyday to get up and out of bed to get my training done. She is up every morning before most people even think about getting up- getting her workouts in and done before heading into work. She is not afraid to take on any workout and when she does she always gives it her all. I have seem Shawna broken down into tears on a training ride- but she has never once quit. She always “finds a way” to dig deep and finish what she started. The year that Shawna did her first IM was the year that the swim was cancelled due to the rough seas. So many of the racers where upset and just mad at IM but not Shawna- she was smiling and just anxious to get out onto the course and finish what she started. Shawna went out that day and caught her dream and earned her title as an IM. On the drive home we discussed a lot of things but the main topic became the cancelled swim. You race in the conditions that you are given, but something was missing and Shawna needed to have that complete race. So- off to Louisville she went the next season. She trained harder and was not disappointed on race day.”

“If you race in IM you have probably seen Shawna out on the course dressed up in her pink wig and a tutu. If there is a race that is close you will find her there if she is not racing. She will stay out on the course for the entire are cheering and supporting each and every athlete. She has now taking a liking to volunteering and you can find her putting on sunscreen to the athletes as they head out to the bike. She loves to give back to the community that she loves.”

Very proud and honored to present the 2016 Shining Tiger Award for Dedication to Shawna Block!

Bill is your friend.  If you are in the sport and you meet Bill, you will quickly have a new pal.  He’s one of the most welcoming people in any group setting.  Bill is the one at the big group ride who herds everybody to take the time to pose for giant group photos.  You may groan about standing under the flashbulbs but it is always great afterward when he takes the time to track down and tag each and every member for the memory captured of a great day on two wheels with friends.  If you get dropped on that ride, Bill is one of the first people who will stop and wait for you, help where he can and then pull you along. 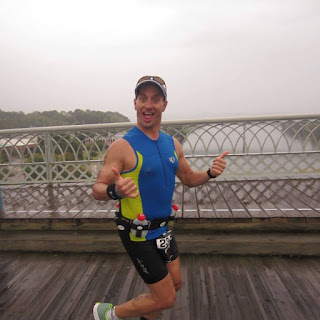 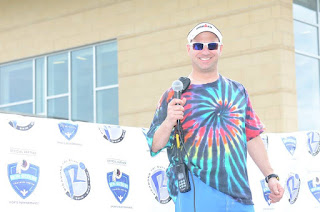 Bill has a passion for helping others and a love for the sport of triathlon.  The ways he gives back are tremendous and he does it because he simply enjoys giving back.  Often multiple times per week for the past few years from spring through autumn Bill has taken time out of his busy schedule to volunteer as a kayak safety support for open water swims so that swimmers in the area prepping for races may feel more comfortable out in the James River.  He’s been a leader over the years in coordinating group training opportunities as well as “all are welcome” social events for triathletes in his community to encourage members of various triathlon clubs to all join together.
If you ask for help, Bill is often the first to answer the call or point you in the right direction even if he barely knows you.  Bill has been more involved at a formal level with the Richmond Tri Club and has served as the race director for the Richmond Tri Club sprint fundraiser this year.  He was up many late nights in preparation with barely time to breath pulling it together but he has quickly become one of the best RD’s out there with a successful and fun event that seemed to have went off with out a hitch!
I could not have been happier to see Bill Ridgeway had been nominated and am proud to announce him as a 2016 Shining Tiger for Dedication to Triathlon award recipient. 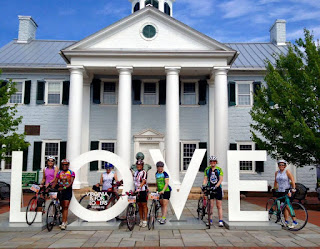 Lilo has been involved in endurance sports for many years and is essentially a welcome staple at any triathlon related event.  She’s the woman on the sidelines when she is not racing who is volunteering and ensuring people are having a good time and taken care of.  Lilo wants you to succeed and that shines through when she shows up in all weather conditions at races just to be part of things and cheer other athletes on in their journeys.  She can be found making signs to support athletes and waving those around when they are really needed most.  When I first met Lilo, I will share that we bonded in the open water in the James River…although she struggled to make it to that first buoy that day she progressed quickly and stepped up her swimming so much because she has courage and she has determination.  She has since finished swims of all distances in the sport!  Now she gives back and helps other people in their journey.  Lilo has an adventurous spirit and is often pursuing fun new challenges such as mountain biking or cycling around the hillier parts of Virginia with her friends.  She was nominated for her consistent volunteer work with the Richmond Triathlon Club and countless races and other organizations.  However, her big heart extends well beyond the sport.  Lilo also dedicates a significant portion of her time volunteering with rescue animals and finding homes for them…. often connecting them with triathletes who could use the company of a furry friend!
I am thrilled and honored to announce Lilo Navales as a  2016 Shining Tiger Award for Dedication to Triathlon recipient. 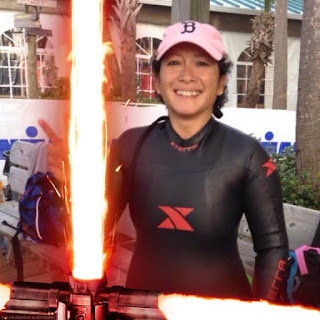 I am looking forward to continued inspiring stories to come from each of this year’s winners!  I for one am grateful to have each of them shining their amazing contributions into our triathlon world and exemplifying the heart and spirit of triathlon!

Nominated by the community each year the award is open to all.  The involvement of a committee of past winners in the selection process keeps the award true to the values and the spirit of inclusivity.