That Time We Moved to Vermont

We moved to Vermont last week.  Home is where the heart is and as much fun as I had in RVA my heart was always partly up north where I grew up.  New England is a very special place and I’m really excited about this adventure.   It’s beautiful here!  I can’t wait to write about the fun I’ve had in VT thus far but first…the move! 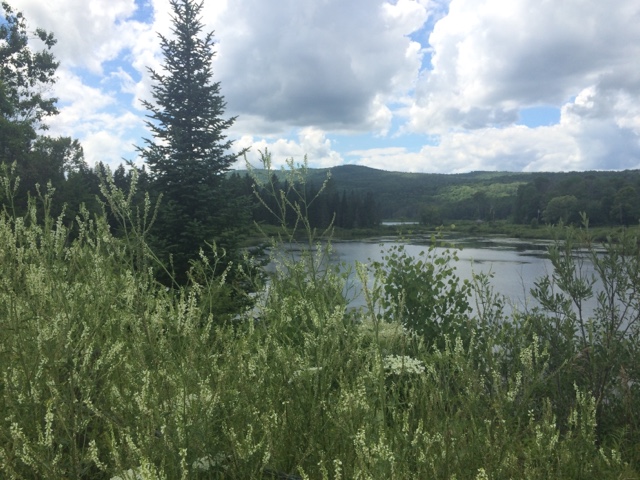 It all happened very quickly when a job opportunity for my husband came up.  Since this is a triathlon focused blog I’ll just say….Moving is hard and I missed a lot of training and made some big changes in my plans.  It was the most inconsistent training period I have had since prior to the bad bike wreck of 2011!  I had the zaniest missed training excuses to date….
Contractor did not show! 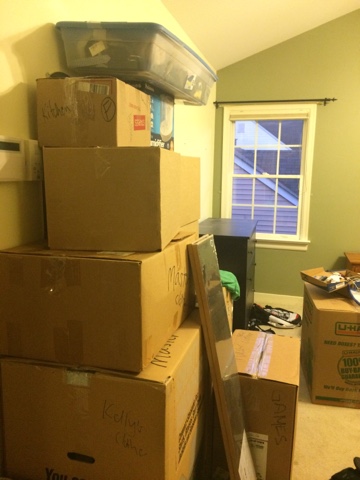 We had to get our house ready for sale which entailed completing painting and landscaping and random cosmetic odds and ends we had always been meaning to attend to.  This sounds easy in theory but it meant dealing with no-show unpredictable contractors and wasting entire days waiting at times.  It meant that when my family came down to help us pack we were doing contractor type work rather than packing as planned.  The “time table” for the move was thrown off kilter so many times. The process meant I just didn’t have time to train. It wasn’t a matter of not making the time, I literally did not have the hours to determine what to keep in our downsizing, get our stuff on the truck and our house on the market and train. I also didn’t get to see nearly as many folks as I wanted to before leaving.  To those I missed, of which there were many…I’m sorry and come visit!
In the News
It was chaos!  One day I was trying to ride my trainer.  The landscaper and contractor arrived at the same time.  I’m saying, “You can’t power wash while he’s painting shutters!”  Ha!  Then, as all this work is being done the cable goes down.  It was a random coincidence.  I set the cable guy up outside.   I heard another knock.  It was a whole news camera crew!  What on earth?!  Yes, they were running a story about our awesome landscaper and would be filming the work outside of our house.  I can say the landscaper was a breath of fresh air and highly reliable.  Needless to say my bike session was ruined.  I guess, “Kelly’s tri training interrupted” wasn’t big news for channel 8. What to say in Training Peaks?!  “Breaking news being reported at our house?”  “Darn channel 8!” “Contractors everywhere?!”   I think I just noted, “had to stop a lot.”
Hair Scare
On top of that there were other messes.  I have been coloring my hair since my late teens.  I’ve had every color under the sun.  Unfortunately, the weekend my family came to pack a stylist seriously messed up the coloring process which sent me to the doctor with a chemical burn and having my entire hairline (1/2 to 2 inches from the edges of my hairline) break off from chemical damage.   I woke up in the middle of the night with a burning head.  I took a shower and chunks of long blonde hair were just coming out in my hands.  It was horrifying.  I’ve been blonde and back before no trouble.  This was a serious error she made in the use of chemicals.   I cried for hours.  Husband tried cheering me up at 3am mentioning how aero bald would be.  Funny, but it was really bad timing and let me just say….the joke didn’t go over well. Ha!
I got on my bike trainer after no sleep at 4am.  Needless to say it was nearly impossible to train with a chemically burned scalp and my hair just coming out.  I was bawling in my aerobars about my training falling apart and my head hurting so much and I was just really scared.
I was thinking, “Great, what am I going to tell my triathlon coach in Training Peaks?! Bad hair day?  I can’t justify skipping training over a bad hair day?!”   I texted him with a very vague comment.  He was empathetic through all of this stuff.  He is very level headed and supportive with coaching me so that has helped with reducing a lot of stress.  Anyway, that whole day was spent dealing with the medical crisis.  Once I came to terms that I had a chemical burn not just messed up hair I was better able to accept this training mishap. 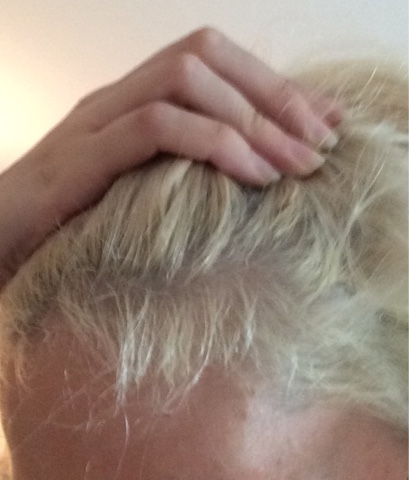 Previously formerly very long, very full hair that burned or broke off in chunks from improper chemical use.

As far as the hair goes, I can tell it is thinner and it does continue to break but not as rapidly.  I was lucky it wasn’t worse.  Well, the good news is that the parts that came off from the root is growing back!  This isn’t a hair blog though…sooo….onwards…
The cats..
My amazing family was getting ready to take the cats for a week while we carpeted the home and finished packing.   I planned to train that day, once they left early in the AM but we had another time consuming  contracting emergency that morning.  On top of that, I was giving the cats the anti anxiety pill from the vet so they could be good little troopers during their car trip.  Well, they sure got a “trip.”  Lucy ate hers with no issue.  Coaxing tense kitty Turbo meant trapping her in the bathroom with just the two of us and enticing her with a bowl of tuna and her pill chopped into it.  By the time Turbo got hers down I set off to find Lucy.   She was spaced out, eyes fully dilated and she was flopping down the stairs haphazardly when I found her.  She was as high as a kite when I set her in the car carrier!   Turbo was next.  But where had she gone?  After thirty minutes of searching I had to get the help of my entire family to canvas the house.  Turbo had vanished.  It literally took us hours (my allotted tri training hours) to find her.  She had dug a hole into the side of our couch and she was stuck in the couch along the side of it trying to move forward but too drugged out to realize she had to move backward to get out.  She just kept trying to run forward.  We had to cut her out. 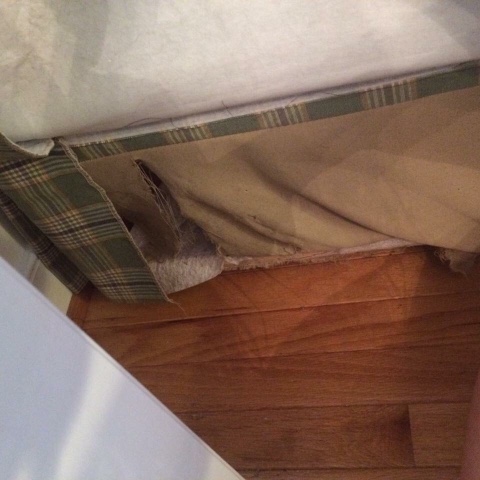 These cats were a mess.  I think I was exasperated and actually put “Cats got stoned” as my excuse in my Training Peaks account.  That one has to be a first. 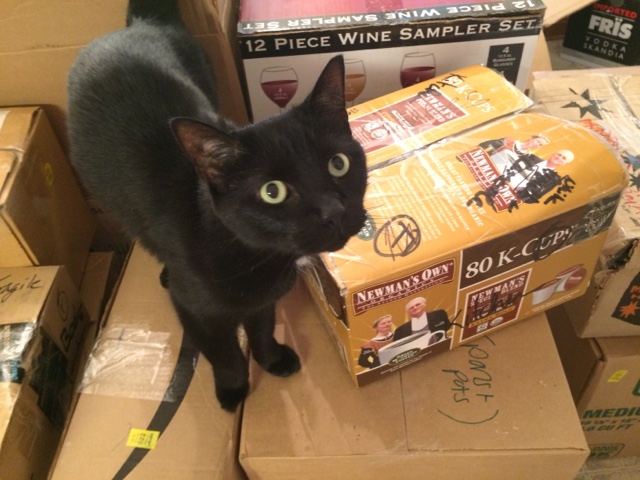 I was so upset about missing more key workouts as moving date got closer.  By the end, I was just shoving items into boxes or donating items I didn’t feel like packing and rushing to get things done.  Needing time for a run, I once chucked a bunch of cooking pans, a jacket, a beach towel, some magazines and a flip flop in a box and labeled it, “stuff,” so I could get on with it and just go run.  The pattern went on.  I do believe I did my best to train through the move while managing stress and not bury myself if a hole of fatigue and exhaustion.
Now, we are settled into our Vermont home.  I am no longer planning to race Ironman Mont Tremblant.  With the foot injury from the spring setting me back followed by the chaos of the move, I’m really relieved to transfer.  I also sadly will not be going to Australia for Worlds.  The cost and the planning for a trip around the globe just didn’t mesh well with the costly and time consuming relocation.
It’s tough because I love IMMT and Worlds…It is another awesome 70.3 worlds in a country I love!
However, I’ll be racing Timberman and Ironman Louisville and training on the side of a mountain in Vermont.
This was not on my excel spreadsheet plan for 2016.  That entire plan I made last year had to be scrapped but it’s all exciting new adventures in store and I’m happy to roll with it!
By Kelly Hadiaris|2018-02-05T18:00:52-05:00July 25th, 2016|