The off season.  I have taken almost an entire month away from any structured training.  My body is rested.  And the mind?  Anyone who has followed me closely knows despite my performances being somewhat solid, I’ve suffered a few knocks in tri world at the conclusion of this season.  Well, the first part of my month off was tumultuous.  I let things get to me.   I am not proud that I was temporarily phased, gloomy and acting outside my normal self… but I’ve come out the other side a stronger, wiser version of me.  I know more than ever what is important as I immerse myself in the sport of triathlon that I love so much and chase big goals and dreams.

No matter how things change and how tough things are, I still believe we can take the things we learn from this sport such as confidence hard work, perseverance, problem solving etc and allow those things to permeate into every other facet of our lives. I will always believe in this.  I took it to heart.  Even in the worst times, I believe this and it is worth it to keep moving forward…to rest as I’ve done this month and make plans to bounce back.

I also know that it is accurate what they say about tough times bringing true friends.  I have so many in my life that I am grateful for, who have taken care of me recently.  Some were unexpected and some confirmed what I always knew.  I will be entering the next phase lighter and free from distractions that came to light as roadblocks to my success.

“Everyone wants to ride with you in the limo, but what you want is someone who will take the bus with you when the limo breaks down.”  – Oprah Winfrey Once the fog lifted and I could come to terms with the present… Then I truly reflected upon my year.  I realize it was an absolutely beautiful experience.  It was the definition of “breakthrough” and a dream year.  I was essentially healthy the whole time and saw so many victories.  I’m fortunate to have been through every single high and even every low and all the moments of hard work and stability in between.  Despite odds, I came back from that ridiculous broken foot, pushed through a bit of emotional chaos and I smashed all my goals.  When I broke my foot and lost all those 2013 race plans just 2 weeks from the half iron, I set off to have this amazing 2014 to “make up” for it. 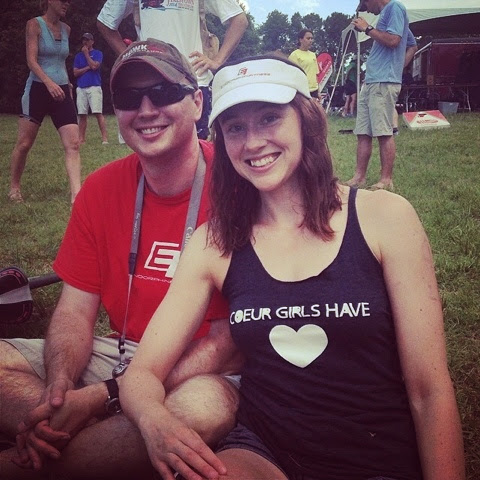 The dedication and hard work all paid off.  I exceeded where I had hoped to be with massive PRs and Podiums and Series placings and Worlds!  2014 has been a breakthrough season and a real dream come true!   I exceeded my race goals… All of them. Most importantly, I connected with some amazing people along the way.  I became a brand ambassador for Coeur Sports which infused my life with a radiant source of positivity to share with women in endurance sports.  My family too… They were there the whole time traveling all over to support my nutty triathlon endeavors!  Overall, through sport, this year relationships became closer, new ones were formed and Nick and I both had a blast chasing dreams.

I hope I am proving , at least to myself and maybe to others that no matter the obstacles…broken bones, broken hearts, a history of being a mid to back of the pack athlete with no natural talent-like me changes can happen and the unlikely can occur with sacrifice, hard work, heart and determination. 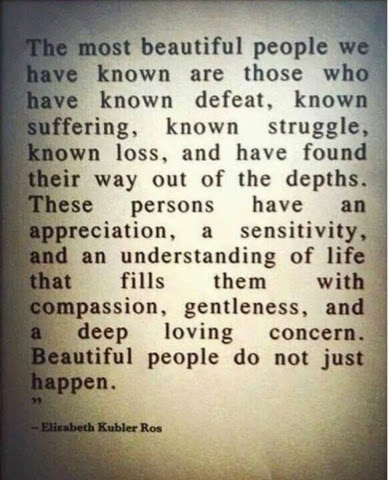 So what have I done in the off season?  I ate ice cream and candy corn for dinner once.  Nick and I slept in.  We stayed up late.  I love taking time off in October because its so beautiful in Virginia this time of year. There are so many fun things to do and the weather is perfect. I’ve been on leisurely bike rides with friends.  I’ve enjoyed Octoberfests and GOOD beer and made a few trips to amusement parks as well.  Nick and I have had a great time and have spent time together and with our friends.  I started a swim program but struggled to commit to 6AM sessions and forgave myself for being a slacker because it is the off season.  I even took up hot yoga with my friend Lilo.  Its been a transition. 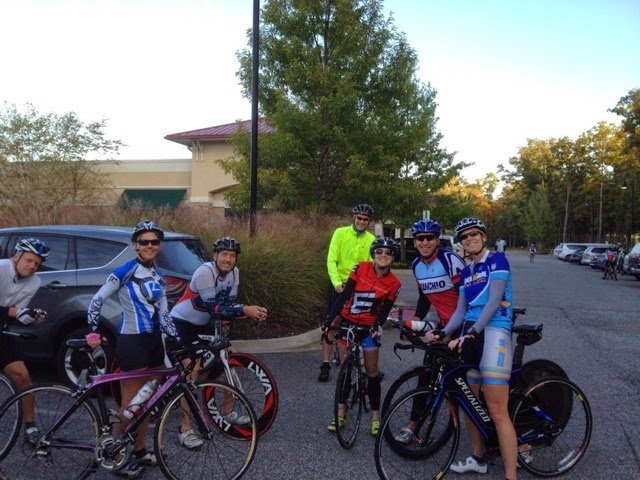 Taking time off was tough at first, dealing with drastic changes and my idealistic bubble being burst was hard.  Yet, I made a decision to let it all go, enjoy this time with Nick and move forward.  I have really been relaxing and I’m seriously looking forward to next year with all kinds of changes for the better.

This has been a great foundation.  A strong base was built this year and it has set me up for what is next.  2015 will be EVEN BETTER!  I am certain.